Stosur: “I want to just really enjoy the moment”

Australian champion Sam Stosur is excited to have the opportunity to end her singles career in front of her home crowd. 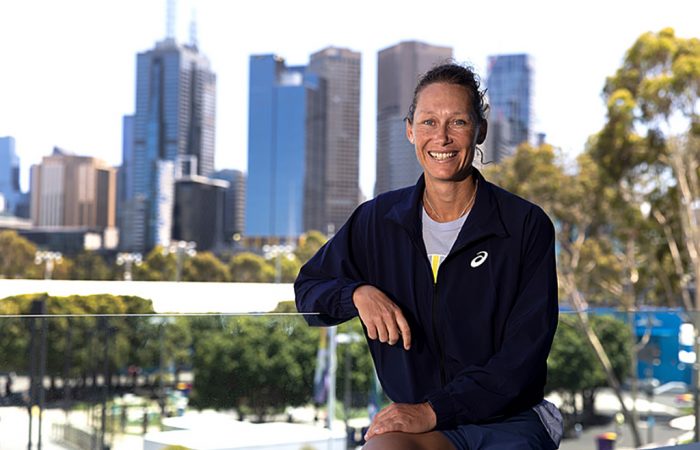 Enduring Australian champion Sam Stosur is set for her 21st season on tour.

“I’m excited,” said Stosur, who is competing in the Melbourne Summer Set this week.

“It’s great to get started again and have another opportunity to play here (in Australia). I feel like I’m playing well, I feel good, and now it’s just going out there and having some fun.”

The former world No.4 recently revealed however, that she will end her singles career after the Australian summer.

“I feel like the time is right,” she said. “I’m happy with my decision. I did go back and forth for a little while about it, but now that it’s done, I feel good.”

Stosur plans to continue her successful doubles partnership with China’s Zhang Shuai throughout 2022. The duo have claimed two Grand Slam titles together, including last year’s US Open.

The 37-year-old began her summer with a straight-sets doubles win alongside Zhang at the Melbourne Summer Set yesterday. But today, her attention is on a first-round singles clash with Chinese qualifier Zhu Lin.

Stosur’s goal for her final singles events is simply to “play well”.

“I want to just really enjoy the moment,” the US Open 2011 champion said. “Be out there and have some fun with it.

“It’s kind of one of those times where you can go out there and be like, ‘there’s really no real pressure’.

“I know the biggest thing will be my own expectation of trying to play well and doing what I want to do, and that’s a unique position to be in, I think.”

Stosur is scheduled to play world No.114 Zhu at Rod Laver Arena today. It is her first career meeting with the 27-year-old, who has been ranked as high as No.69.

“I mean, there’s nothing to prove as such. It’s just going out there and seeing how good you can be on this day,” Stosur said.

“I know I can still hit the ball well. I’m practising great, feeling good and everything.”

Meanwhile, Stosur is already preparing to feel mixed emotions after her final singles match at the Australian Open later this month.

“For sure I’ll be emotional and probably be a blubbering mess,” she laughed. “I’ll put it out there right now, I’ll probably be in tears.”