De Minaur: “I’m feeling in the best shape of my life”

Team Australia's Alex de Minaur is determined to continue his winning form at the ATP Cup in Sydney. 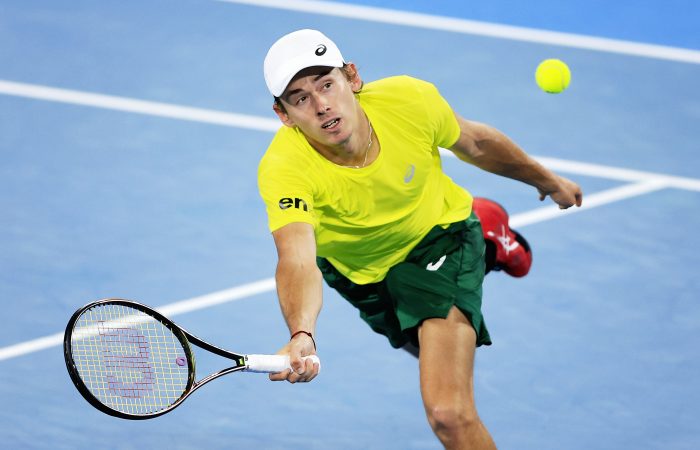 Alex de Minaur is brimming with confidence after stunning world No.7 Matteo Berrettini in his opening match of the season.

The 22-year-old Australian recorded an impressive 6-3 7-6(4) victory at the ATP Cup in Sydney last night.

It was De Minaur’s first top-10 victory in two years and a welcome reward after a difficult 2021 season.

“I’ve had an amazing pre-season and I’ve been hitting the ball really well, so it’s great to be able to go out there and perform,” said the world No.34.

“I’m feeling in the best shape of my life. So I’m really going to cherish that, carry that onto the court every time I step out there, and be ready for every challenge that gets thrown at me.”

“I want to bring it to these top guys, you know, just really own the court,” said Sydney-born De Minaur, noting the home-court advantage was a huge factor.

“There is no place like playing at home, and that court (Ken Rosewall Arena) gives me amazing memories. It’s definitely my favourite court to play on, for sure.”

“We’ve got to do the right thing and recover. We’ll have a light day (on Monday) and then give ourselves the best opportunity.

“It’s going to be at the other arena (Qudos Bank Arena), which will be slightly different. But we’ll put our best foot forward. We look forward to these opportunities against the very best sides.”