After a career-best 2021 season, James Duckworth is thrilled to have the opportunity to represent Team Australia at this year's ATP Cup. 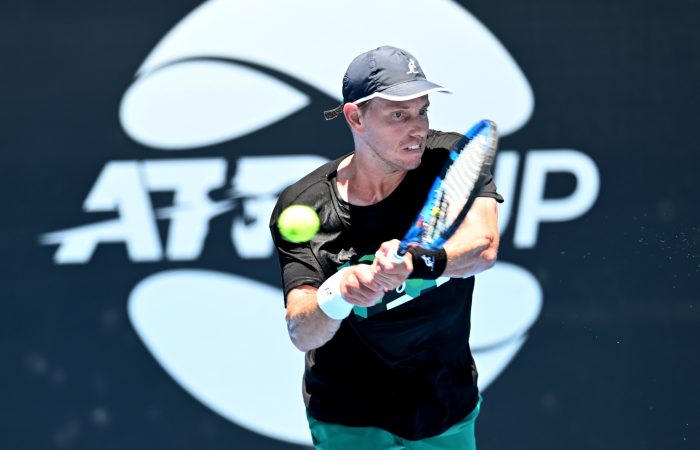 After overcoming eight surgery setbacks throughout his career, Duckworth enjoyed a career-best 2021 season. He rose to a career-high ranking at world No.47, reached a first ATP final, made his Olympic Games debut and advanced to the third round at Wimbledon. Three top-20 wins were also highlights.

Now the 29-year-old is set to make his ATP Cup debut for Team Australia tomorrow.

“I’m looking forward to it, especially playing here in Sydney where I grew up and I trained for a number of years,” Duckworth said. “(I’ve) got a bunch of family and friends coming out to watch.”

Duckworth’s confidence is high after winning 15 of his final 21 matches for the 2021 season and reaching a first quarterfinal at ATP Masters 1000 level.

The world No.49 credits this career-best form to greater self-belief in his game.

“I went home in the middle of 2021 after Miami and put in a really good training block with my coach, Wayne Arthurs, and just got really clear on my game style,” said Duckworth, who had started the 2021 season ranked just outside the world’s top 100.

“It probably took a couple of months to gain some confidence, you know, playing aggressively. And I think from that, the results continued to improve.”

Team Australia captain Lleyton Hewitt is among those impressed with Duckworth’s rapid improvement in the past year.

“He’s always had setbacks throughout his career. So I think for him to keep bouncing back and responding in the way he has, is something we’re all extremely proud of,” Hewitt said.

“He does absolutely everything right in terms of his body and professionalism that he brings to the table every single day on the practice court or the match court. So it’s great he’s getting the success now and the body is holding up, as well, which is really important.”