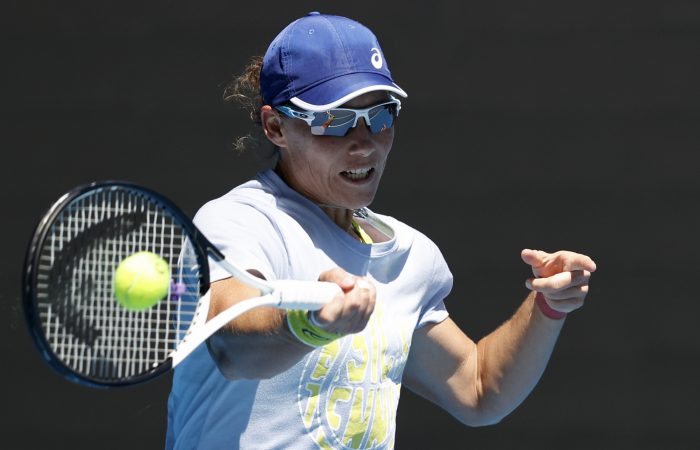 Sam Stosur has revealed that Australian Open 2022 will be the final singles event of her storied career.

The 37-year-old, who has received a main draw wildcard, made the announcement on her social media accounts today.

“I’m so excited and very grateful to play in my 20th AO in a couple of weeks time,” wrote Stosur, who made her Australian Open debut in 2002.

“A huge thank you to Tennis Australia for giving me this opportunity to finish my singles career at my home Grand Slam. It really means a lot to me to be able to finish in front of my family, friends and Aussie fans who have stuck by me through thick and thin.

“I’m sure it’s going to be a mix of emotions but I wouldn’t want it any other way, as I always thought I’d finish playing in Australia. I do, however, plan to play the rest of the year in doubles. But this will close the first chapter of my career.”

It will be Stosur’s 69th Grand Slam singles appearance – a record for an Australian player and the sixth most of any woman in history.

Stosur has won a total of 93 Grand Slam singles matches in her career. She claimed the US Open 2011 title, memorably overpowering Serena Williams in the final, and was a finalist at Roland Garros in 2010.

She has twice advanced to the fourth round at the Australian Open, in 2006 and 2010.

Stosur, who is currently ranked world No.16 in doubles, plans to continue her successful partnership with China’s Zhang Shuai in 2022. The duo won the US Open together last year and also claimed the Australian Open 2019 title.