World No.13-ranked doubles star John Peers is nominated for the Newcombe Medal for the fourth time in his career. 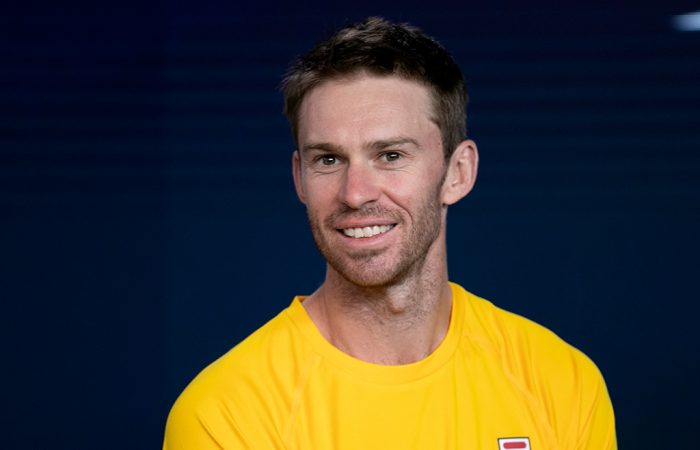 A resurgent John Peers is back inside the world’s top 20 in the men’s doubles rankings and also in contention to win the coveted Newcombe Medal.

In a time of much uncertainty around the world, few things have ever been as familiar as Peers plying his trade on the doubles tour.

Along with runner-up finishes at Queen’s Club with American Reilly Opelka and San Diego with Polasek, Peers’ season record also included semifinal appearances at the US Open, Rome, Paris and Vienna.

In mixed doubles, Peers won an Olympic bronze medal with Ash Barty in Tokyo and advanced to the Wimbledon semifinals alongside China’s Zhang Shuai.

All of Australia is proud of you both 👏#Tokyo2020 | #7Olympics pic.twitter.com/KApiJGdIDv

It is an impressive set of results for a man seemingly comfortable escaping the limelight.

Peers finished the season strongly, winning 16 of his final 20 matches in a fruitful new partnership with 36-year-old Polasek.

“I sent Filip a message around Wimbledon time, when we were both looking for partners,” Peers explained of how they first teamed up.

“Filip came back to me a few days later, so I thought alright let’s give it a crack. It was as simple as that.”

After losing three of their first four matches together, the partnership clicked into gear brilliantly to advance to the US Open semifinals.

Winning Indian Wells in October proved another highlight. It was Peers’ fourth career ATP Masters 1000 title and first since 2017.

The first Australian men's doubles champion at @BNPPARIBASOPEN in 22 years 🏆

“It’s been a fun ride with Filip so far, we are progressing nicely and the last few events has showed what we can start to do,” Peers said.

Peers finished the season with a 36-20 win-loss record. His world No.13 ranking was his highest year-end position since 2017 and ensured he was Australia’s top-ranked men’s doubles player at season-end for the seventh consecutive year.

“It is such an honour to be nominated for the Newcombe Medal again. This year has certainly been an amazing year for tennis in Australia and I’m really happy with the way my year has ended,” said Peers, who is hoping to win the highest individual honour in Australian tennis for a first time.

“It gives me a lot of confidence going into next year.”

Peers is one of four nominees for the prestigious Newcombe Medal in 2021. He is nominated alongside Dylan Alcott, Ash Barty and Sam Stosur. The winner will be announced at the Australian Tennis Awards on Friday 17 December.