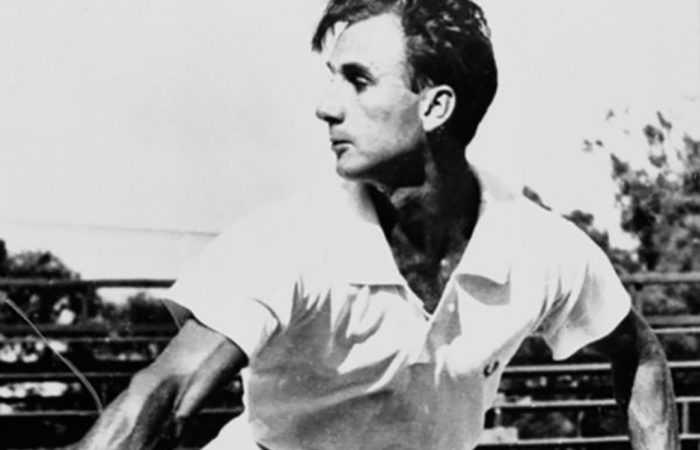 He won singles matches at all four Grand Slam tournaments throughout his career, with his best result a quarterfinal appearance at the 1953 Australian Championships.

He was the top-ranked Western Australian player from 1946 to 1959 and became his state’s first Davis Cup squad member in 1953.

Fraser described his former doubles partner as “a great Australian.”

“(He was) a very good volleyer, and good doubles players, that’s why I grabbed him,” Fraser commented.

Known for his sportsmanship, determination and athleticism, Wilderspin continued to play tennis throughout his life.

The Tennis West and Tennis Seniors WA life member was a club patron at the Reabold Tennis Club in Floreat, where had had courts named after him.

The former Tennis West Vice President also has courts named in his honour at the Royal Kings Park Tennis Club.

The 91-year-old’s decades-long service to tennis was recognised in the Australia Day Honours earlier this year, when he was awarded a Medal of the Order of Australia.

“I stopped playing at about 75 years of age,” Wilderspin commented at the time.

“Tennis has lost a gentlemen and one of its true legends,” Patten said.

“Many of Clive’s contemporaries believe that, at his best, Clive was one of the greatest Australian players ever to play the game.

“Tennis West send condolences to daughter Dale, sons Craig and Dane and extended family. The sport of tennis in Western Australia has lost a great figure, but we will ensure his legacy and contributions to our sport remain part of the WA tennis fabric for years to come.”

On behalf of our Tennis community, our thoughts are with Wilderspin’s family and friends at this time.