Sam Stosur and Zhang Shuai have scored a three-set win against the No.2 seeds at the WTA Finals in Mexico. 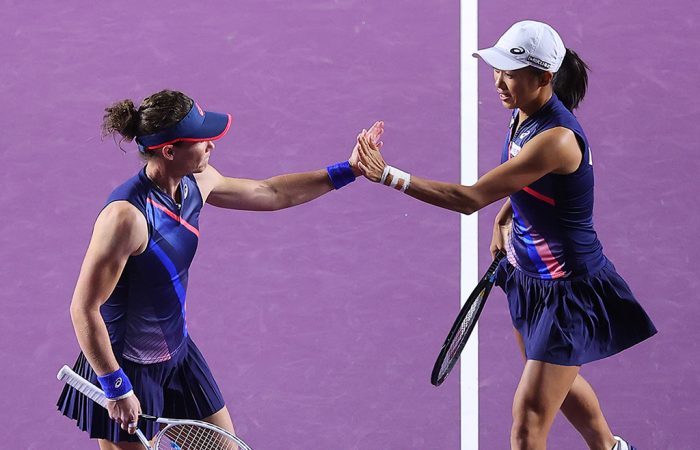 Sam Stosur and Zhang Shuai have ended their WTA Finals campaign on a winning note.

Having lost their two previous round-robin matches, Stosur and Zhang were thrilled to score their first win of the week at the prestigious season-ending championships.

“After today’s match, we wish the tournament was just starting. We got off to a bit of a slow start, so unfortunately we are finished now,” said Stosur.

“But to finish the year with a win together is fantastic. I thought we both played really well today.”

It caps a stellar season for the duo, who won the US Open and Cincinnati titles and qualified for the elite eight-team WTA Finals after competing in only four tournaments together.

The 37-year-old Stosur is projected to finish the year in the world’s top 20 in doubles for the sixth time in her career – and for just the second time in the past 12 years.