Tough start for Stosur and Zhang at WTA Finals in Guadalajara

Australian Sam Stosur has lost her opening doubles match at the WTA Finals in Mexico. 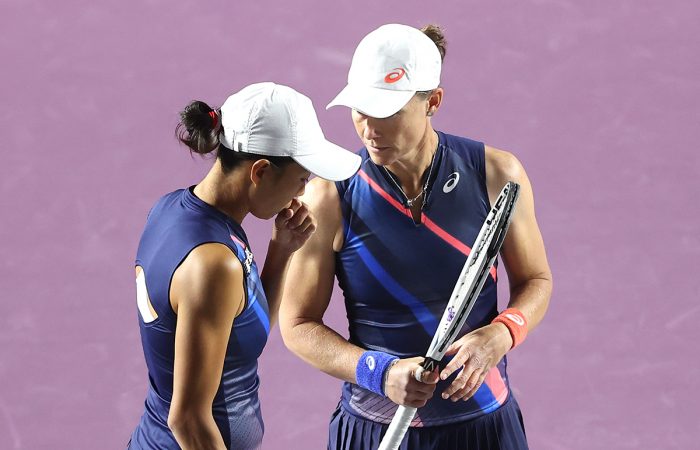 Sam Stosur and Chinese partner Zhang Shuai have lost their opening match at the WTA Finals in Guadalajara.

The American-Dutch team were clutch under pressure, saving nine of the 10 break points they faced in the 62-minute match.

It snaps an 11-match winning streak for the fifth-seeded Stosur and Zhang, which included their title-winning runs at Cincinnati and the US Open.

This was Stosur and Zhang’s first match together since their Grand Slam-winning run in New York and they struggled to replicate that form, committing 17 unforced errors compared to their opponent’s eight.

Stosur is a two-time champion at the prestigious season-ending championships, having captured the 2005 and 2006 titles alongside American Lisa Raymond.

The 37-year-old’s bid to win a third title is still alive, with two more round-robin matches to play this week. The top two performing teams from their group advance to the semifinals.