Sam Stosur will carry Australian hopes at the WTA Finals this week, competing in doubles alongside China's Zhang Shuai. 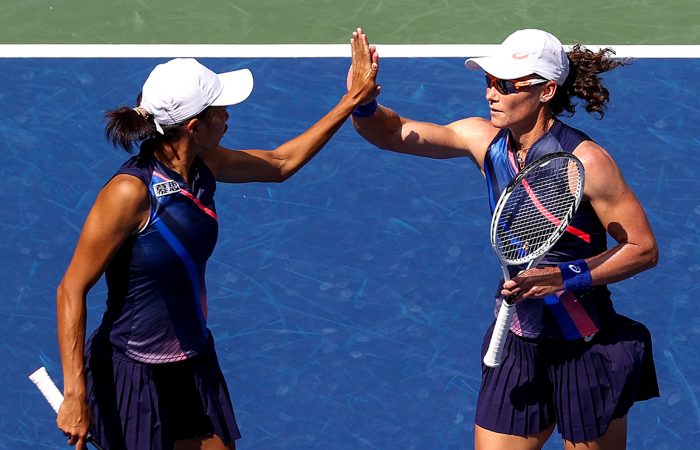 Sam Stosur returns to the tour this week, competing alongside China’s Zhang Shuai at the WTA Finals in Mexico.

Stosur and Zhang were the fifth team to qualify for this year’s season-ending championships. They compiled an 11-2 win-loss record together in 2021, scooping titles at the US Open and Cincinnati.

These efforts helped world No.24 Stosur qualify for the WTA Finals in doubles for the fifth time in her stellar career. The 37-year-old is a two-time champion at the event, having previously claimed the prestigious title alongside American Lisa Raymond in 2005 and 2006.

Stosur and Zhang, who were semifinalists at the most recent edition of the WTA Finals in 2019, have landed in the ‘Tenochtitlan Group’ for the round-robin stage of the 2021 tournament.

The top two performing teams in this group advance to knockout semifinals.

The WTA Finals begin in Guadalajara later this week.

World No.1 Ash Barty qualified for the singles competition, where she is the defending champion, but is not competing. The 25-year-old withdrew from the tournament last month, choosing to focus on preparing for the Australian summer.