Australian duo John-Patrick Smith and Luke Saville are through to the quarterfinals at an ATP 250 tournament in St. Petersburg this week. 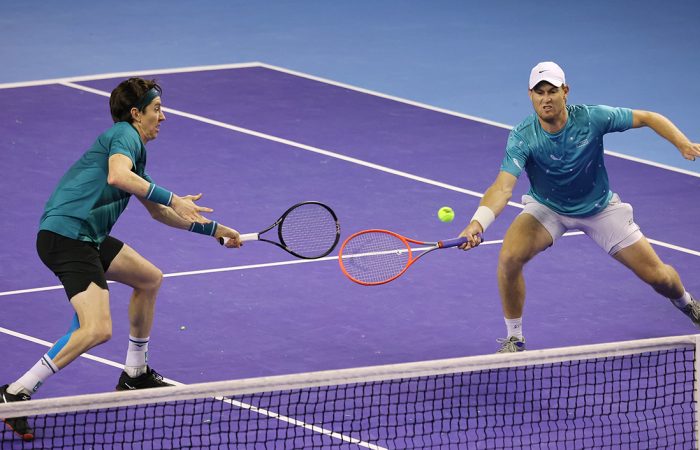 Aussie duo John-Patrick Smith and Luke Saville have progressed to the quarterfinals at an ATP 250 tournament in Russia.

They scored a 6-4 7-5 victory against British combination Dominic Inglot and Ken Skupski in opening-round action.

Smith and Saville face top seeds and US Open 2021 finalists Jamie Murray and Bruno Soares in the quarterfinals.

The recently-crowned Indian Wells champions made a promising start at an ATP 500 tournament in Vienna this week, posting a 7-6(3) 7-5 opening-round victory against Austrian Jurgen Melzer and German Alexander Zverev.

Having won 14 of their past 17 matches, the third-seeded Peers and Polasek are eyeing another title-winning run to boost their chances of qualifying for the prestigious ATP Finals next month.

They now face Austrian wildcards Oliver Marach and Philipp Oswald for a place in the semifinals.

Ajla Tomljanovic will turn her attention to representing Australia at next week’s Billie Jean King Cup Finals after a second-round exit at the Transylvania Open.

Romanian wildcard Jaqueline Cristian scored a 7-6(5) 7-5 victory against the world No.43-ranked Australian in a two-hour and 12-minute battle.

The Billie Jean King Cup Finals are being in played at Prague from 1-6 November.