Australian Alexei Popyrin has earned his place in the main draw at an ATP 500 tournament in Austria this week. 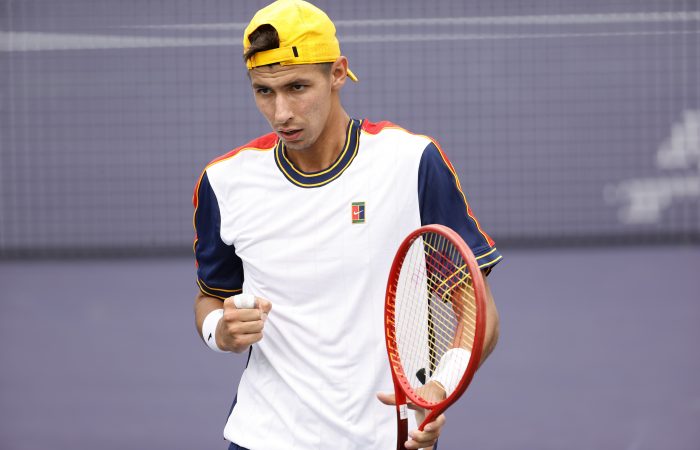 Alexei Popyrin has qualified for an ATP 500 tournament in Vienna.

The 22-year-old Australian earned his place in the main draw with a hard-fought final qualifying round win against Slovak Norbert Gombos.

Popyrin served for victory twice in the second set – but was broken each time. The world No.75 did not let this break his resolve though, holding on to qualify at an ATP tournament for the fourth time this season.

Popyrin has been pitted against world No.7 Matteo Berrettini in the opening round. It will be his second career meeting with the third-seeded Italian, who won their US Open 2019 third-round clash in four sets.

An ankle injury has derailed Marc Polmans’ qualifying campaign at an ATP 250 tournament in St. Petersburg.

The 24-year-old Australian had made a promising start against world No.62 Botic van de Zandschulp, extending the US Open 2021 quarterfinalist to a tiebreak in the opening set of their first-round qualifying match.

However, Polmans was unable to continue after losing the first point of the tiebreak.

It is the first time world No.153-ranked Polmans has retired mid-match in his professional career.

Seone Mendez has lost in the final qualifying round at a WTA 250 tournament in Cluj-Napoca.

The 22-year-old Australian was aiming to qualify at a WTA tournament for the second time in her career, but lost to Lesley Pattinama Kerkhove of the Netherlands in straight sets.

Mendez currently sits at a career-high ranking of No.206, having improved almost 70 places in a career-best season.