Australians off to winning start at Moscow

John Millman, James Duckworth and Ajla Tomljanovic have all posted opening-round wins at the Kremlin Cup in Russia. 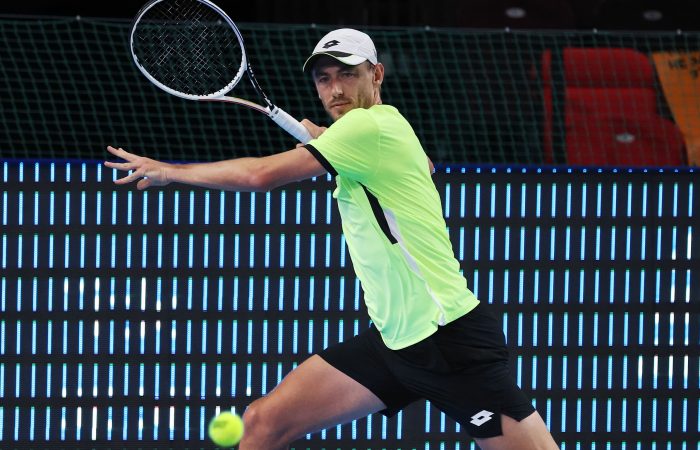 Australian players John Millman, James Duckworth and Ajla Tomljanovic have all advanced to the second round at the Kremlin Cup in Moscow.

It is Millman’s ninth three-set victory of the season and the steely competitor’s fifth consecutive win in a three-set match.

The 32-year-old Australian now plays either fifth seed Alexander Bublik or qualifier Illya Marchenko in the second round of the ATP 250 tournament.

Duckworth continued his impressive form too, but was forced to dig deep to overcome Croatian qualifier Borna Gojo.

Duckworth’s reward is a second-round meeting with local favourite and No.3 seed Karen Khachanov.

Tomljanovic proved too steady for Russian hope Liudmila Samsonova in their first-round clash, scoring a 6-2 6-4 victory.

It propels the No.43-ranked Australian into a second-round showdown with Aryna Sabalenka at the WTA 500 tournament. The world No.2, who received a first-round bye, is returning to tour after testing positive to COVID-19 earlier this month.

Alexei Popyrin has lost his opening-round match at the European Open.

Botic van de Zandschulp of the Netherlands scored a 6-4 3-6 6-0 victory against the 22-year-old Australian in their clash at the ATP 250 tournament.

Van de Zandschulp, a recent US Open quarterfinalist and world No.62, served eight aces and conceded only 16 points on his service games in the 96-minute match.

Popyrin’s loss leaves Alex de Minaur and Jordan Thompson as the last remaining Australian hopes in the singles draw. They both play their first-round matches tomorrow.