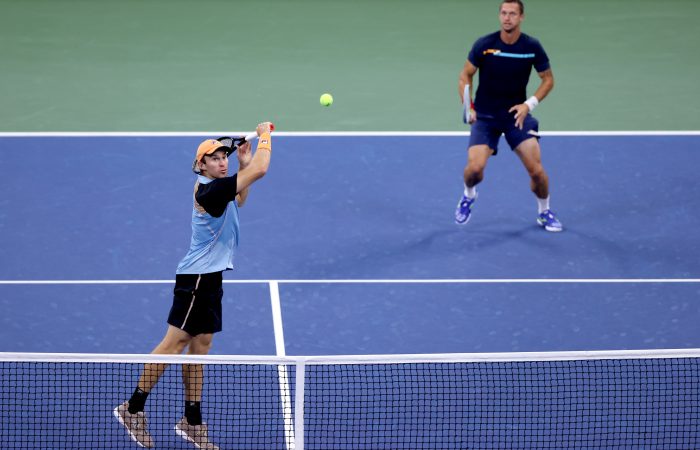 The seventh-seeded combination scored a 6-4 7-6(1) victory against eighth seeds Ivan Dodig of Croatia and Marcelo Melo of Brazil in semifinal action today.

The result propels 33-year-old Peers into his fourth ATP Tour doubles final of the season and second in as many tournaments alongside Polasek.

Peers and Polasek, who teamed up for the first time in August, have now won 12 of their past 15 matches. After a runner-up finish at San Diego earlier this month, they are aiming to win their first title as a team.

Movin' on ✌️ @johnwpeers and Filip Polasek reach the #BNPPO21 final with a 6-4 7-6 victory over Dodig and Melo. pic.twitter.com/nx0eZUBxDt

It is Peers’ fifth finals appearance in total at ATP Masters 1000 level – and first since August 2018.

Peers’ previous best result at Indian Wells, which is considered one of the biggest tournaments outside of the four Grand Slams, was a quarterfinal run in 2017.

World No.23-ranked Peers and world No.10 Polasek play Russian combination Aslan Karatsev and Andrey Rublev, who are both top 30-ranked singles players, for the title tomorrow.

The last Australian to win an Indian Wells men’s doubles title was Sandon Stolle in 1999, while Peers becomes the first Aussie to reach a men’s doubles final in the Californian desert since Wayne Arthurs and Paul Hanley in 2005.