Australian James Duckworth has progressed to his first ATP-level singles final at an ATP 250 tournament in Kazakhstan. 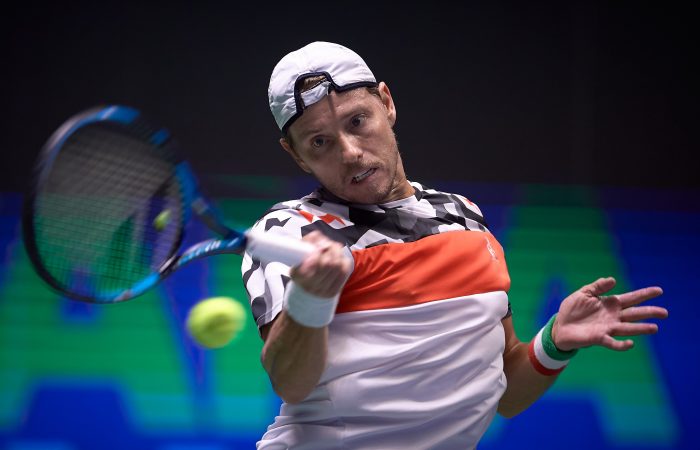 James Duckworth has continued his incredible winning run to advance to a first ATP singles final.

The 29-year-old Australian scored a 6-3 7-6(4) victory against Belarusian Ilya Ivashka in the semifinals at an ATP 250 tournament in Nur-Sultan.

Duckworth struck five aces and saved five of the six break points he faced against the world No.52 in the two-hour and two-minute battle.

“I am really excited,” said Duckworth. “I am thrilled. It was a really tough match. Ilya has been playing some great tennis this year. We have played twice already this year, both times went to three sets.

“I knew it was going to be really difficult but I managed to win that second set in a tiebreak. It was a very close set that could have gone either way. I think I played the big points well.”

It extends the world No.65’s current winning streak to nine matches – and he has now won 13 of his past 16 matches.

Duckworth faces world No.82 Soonwoo Kwon in the final, his first career meeting with the 23-year-old South Korean.

“I am just going to recover the best I can and come out tomorrow and see what happens,” said Duckworth, who is yet to lose a set this week.

He is the third Australian to progress to an ATP-level singles final this season, following Alex de Minaur (Antalya in January, Eastbourne in June) and Alexei Popyrin (Singapore in February).