Three Australians - John Peers, Dylan Alcott and Heath Davidson - are in action on day 11 at the US Open. 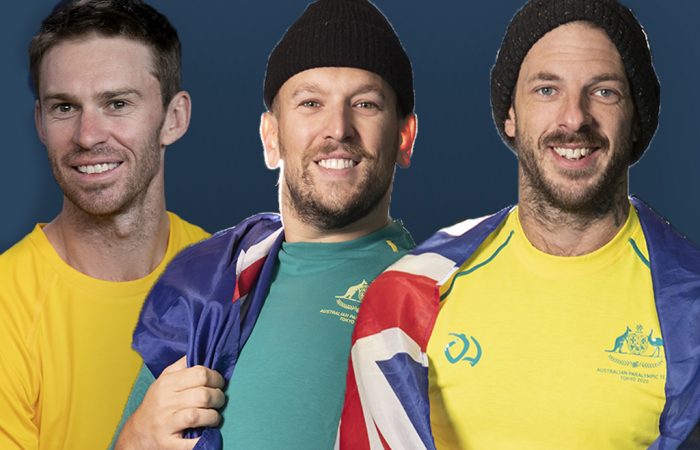 Representing Australia brings out the best in John Peers, Dylan Alcott and Heath Davidson, who will all proudly fly the Aussie flag on day 11 at the US Open.

World No.1 Alcott begins his quest to become the first quad wheelchair player to win a Golden Slam – and just the second player in history behind Steffi Graf to achieve the feat. While Davidson is set to make his US Open debut.

Peers has a lot to play for too, hoping to advance to his second US Open men’s doubles final.

The 33-year-old Peers is enjoying his best run in New York in four years – and this is also his best Grand Slam men’s doubles result since reaching the Australian Open final in 2019.

If Peers wins his semifinal, the world No.25 would become only the eighth Australian to reach multiple US Open men’s doubles finals in the Open era.

Aussies in action on day 11:

[8] John Peers (AUS)/Filip Polasek (SVK) v [7] Jamie Murray (GBR)/Bruno Soares (BRA)
Men’s doubles, semifinals, Louis Armstrong Stadium, second match
Peers and world No.14 Polasek, who teamed up for the first time in August, only managed to record one win in their first three tournaments. However, they’ve found an impressive rhythm in New York to progress to the semifinals. This included a quarterfinal demolition of the No.3 seeds. Peers has advanced to a US Open final once before, alongside Murray in 2015. The 35-year-old Brit, a former world No.1 who is currently ranked No.22, won the US Open the following year with 39-year-old Soares. He has reunited with the No.11-ranked Brazilian this season and they are aiming to reach their third major final as a team.
Head-to-head record: First career meeting

[1] Dylan Alcott (AUS) v [WC] Bryan Barten (USA)
Quad wheelchair singles, quarterfinals, Court 12, third match
Alcott’s first assignment in New York is to face world No.9-ranked Barten. The world No.1 defeated the 47-year-old American wildcard during his recent gold medal-winning run at the Tokyo Paralympic Games, losing only a single game in their quarterfinal clash. This is their fourth career meeting at the US Open, with 30-year-old Alcott winning each of their previous matches in straight sets. Alcott is aiming to win his third US Open singles title – and 15th major in total.
Head-to-head record: Alcott leads 5-0
Last meeting: Alcott won 6-0 6-1 (Tokyo, August 2021)

Heath Davidson (AUS) v Andy Lapthorne (GBR)
Quad wheelchair singles, quarterfinals, Court 14, third match
Making his US Open debut, 34-year-old Davidson begins his campaign against world No.5 Lapthorne. They have played 11 times previously, with world No.7-ranked Davidson winning their most recent meeting at the Victorian Wheelchair Open in Melbourne in February. However, the 30-year-old Brit is difficult to beat at the US Open. He has produced his best tennis in New York, winning both of his Grand Slam singles titles (in 2014 and 2019) at the tournament.
Head-to-head record: Lapthorne leads 8-3
Last meeting: Davidson won 6-3 6-4 (Melbourne, February 2021)