Australian Alexei Popyrin has fallen just short in his quest to advance to the fourth round at a Grand Slam tournament for the first time in his career. 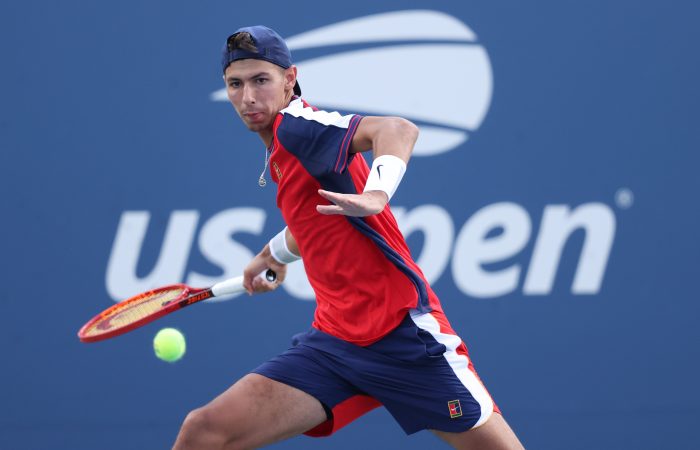 The 22-year-old Australian was unable to maintain his early lead in their third-round clash, with No.24-seeded Evans eventually prevailing 4-6 3-6 6-3 6-4 7-6(1) in an enthralling four-hour and three-minute battle.

Instead, he suffered one of the most heart-breaking losses of his Grand Slam career – and the first after leading by two sets.

Popyrin described himself as “shattered” after the match.

“I’m happy with the way I performed, but the result is going to take time to get over,” he admitted.

Popyrin did little wrong, striking 77 winners and serving 18 aces in the high-quality match.

But 31-year-old Evans proved too consistent, hitting 48 winners of his own and committing just eight unforced errors across the five sets. This included only a single unforced error in the high-pressure fifth set.

“Full credit to Dan because he played an unbelievable match and stuck in there,” Popyrin said.

“It was anyone’s to take in that fifth set … I had him where I wanted him, but I just couldn’t close it out.”

It is the fourth five-set win of Evans’ career – and the second time the 31-year-old has recovered from a two-set deficit.

Popyrin had been the last remaining Australian in the US Open 2021 men’s singles draw.

There was better news for Aussies in doubles action today, with multiple wins scored across women’s doubles, men’s doubles and mixed doubles matches.