Promising talents Jaimee Fourlis and Olivia Gadecki are among the biggest Australian movers in the latest world rankings. 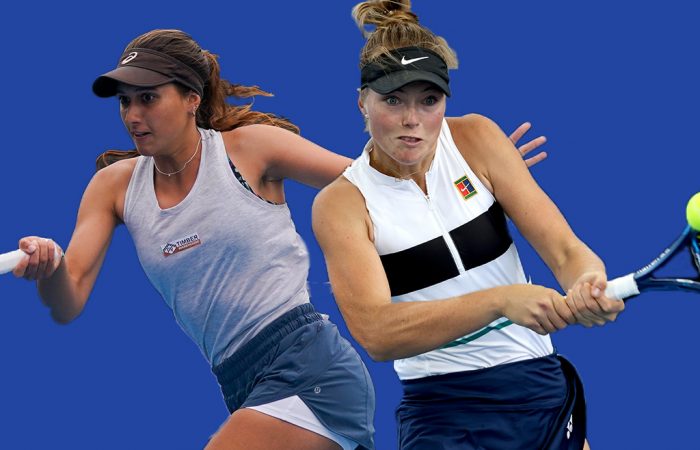 The biggest movers in this week’s WTA Tour rankings are all from outside the Australian top 10.

Jaimee Fourlis improves 73 places to world No.298 after strong performances on the ITF Tour in Europe. The 21-year-old Victorian recently won her first professional title in three years, a major milestone in her return from a shoulder reconstruction last year.

Olivia Gadecki continues her remarkable breakthrough season, rising 23 spots to a new career-high of world No.324. The 19-year-old from Queensland has won eight matches at ITF events in Spain in the past fortnight, including a title-winning run in Vigo this week. Gadecki defeated Japan’s Yuriko Lily Miyazaki in the final to clinch her second ITF singles title of the season. It capped a stellar week for Gadecki, who also won the doubles title with Brit Alicia Barnett.

Seone Mendez is at a career-high ranking this week too. At world No.221, the 21-year-old is verging on a debut in the Australian top 10.

Five Australian women are competing in the main draw at the US Open, the final major tournament of the season, this fortnight.

Max Purcell is verging on breaking into the Australian top 10, rising 14 places to world No.191 in the latest ATP Tour men’s singles rankings. It follows the 23-year-old reaching the third round at an ATP tournament in Winston-Salem last week.

Jeremy Beale is the biggest mover for the second consecutive week, improving 24 places to world No.779. The 26-year-old continues to post consistent results at ITF Futures events in Tunisia.

Li Tu is another to keep an eye on. The 25-year-old is currently unranked – but that will change soon, after the 25-year-old won his first professional singles title in Tunisia this week. The South Australian coach, who was inspired to resume his career after enjoying success during last year’s domestic UTR Pro Tennis Series, was competing in his first international event since June 2014 and won eight matches to claim the title as a qualifier.

Seven Australians are competing in the men’s singles competition at the US Open this fortnight.

Storm Sanders remains the highest-ranked Australian in the latest WTA doubles rankings. Although her lead at the top is tight, with only 165 ranking points separating the top three-ranked Aussies.

Alana Parnaby and Alexandra Osborne are the biggest movers of the week. The duo, who are both 26, recently made an ITF semifinal in the Netherlands. This effort helps Parnaby rise 47 places to world No.429, while Osborne also improves 47 places to No.568.

Seven Australian women are competing at the US Open this fortnight.

William Ma is the biggest mover of the week, with the 25-year-old improving 168 places to world No.1193 after reaching an ITF Futures semifinal alongside fellow Australian Matthew Christopher Romios in Germany. The result sees 22-year-old Romios also rise 43 spots to world No.747.

Blake Ellis and Dane Sweeny, who recently claimed an ITF Futures title together in Tunisia, continue to climb the rankings as well. The 22-year-old Ellis improves 58 spots to world No.692 this week, while 20-year-old Sweeny rises 61 places to world No.730.

Twelve Australian men are competing at the US Open this fortnight.