Find out who our Australian players face in their opening-round singles matches at the US Open ... 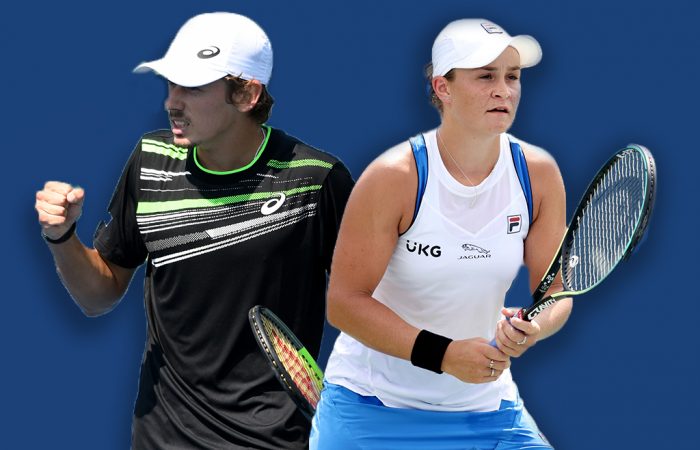 The US Open 2021 men’s and women’s singles draws are set – and there are some interesting first-round match-ups for our Australian contenders.

World No.1 Ash Barty begins her campaign to win a third major singles title against former world No.2 Vera Zvonereva. It will be Barty’s first career meeting with the 36-year-old Russian, who was a US Open finalist in 2010.

Stosur, who defeated Zvonareva in the quarterfinals during her stunning title-winning run in New York a decade ago, has been pitted against No.28 seed Anett Kontaveit. The 37-year-old Australian is using a protected ranking of No.97 to make her 16th main draw appearance at the tournament. She lost to the 25-year-old Estonian in three sets in their only previous meeting, which was in 2018.

World No.114 Astra Sharma earned her place through qualifying and will face reigning Roland Garros champion Barbora Krejcikova in the opening round.

There are seven Australians in the men’s singles draw, led by world No.17 Alex de Minaur.

The 22-year-old De Minaur, who made the US Open quarterfinals in a career-best run last year, faces American Taylor Fritz in a potentially difficult first-round encounter. The 23-year-old Fritz was the US Open boys’ singles champion in 2015 and has been ranked as high as No.24 – however, De Minaur has not lost a set in their four previous matches.

Kyrgios plays world No.21 Roberto Bautista Agut. The Australian has a one-all career win-loss record against the 33-year-old Spaniard.

While 23-year-old wildcard Purcell faces world No.16 Jannik Sinner of Italy, who he also played in his Australian Open main draw debut in 2020.

Main draw action begins on Monday 30 August in New York (from 1am AEST on Tuesday 31 August).