Paralympic Games: Weekes starts with a win in Tokyo 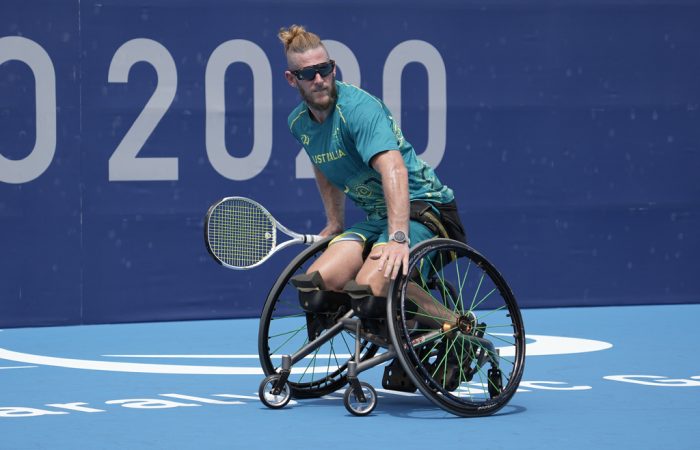 Ben Weekes has made a winning start at the Paralympic Games in Tokyo, the Australian overcoming Adam Berdichevsky in the opening round.

Contesting the wheelchair tennis event for a record fifth time, Weekes took one hour and 20 minutes to claim a 6-4 6-2 win over his Israeli opponent.

It sets up a second-round meeting with Jef Vandorpe, the No.15 seed from Belgium.

In our Serving Inspiration series, he shares how he hopes to most inspire others 👉 https://t.co/kPkKn2hduX pic.twitter.com/aCMkzxvAH7

Weekes’ convincing performance was in contrast to countryman Martyn Dunn, who exited to Argentina’s Ezequiel Casco 6-0 6-0.

The Paralympic debutante admitted that nerves and a six-hour delay when the heat rule was enacted in Tokyo were both a factor in the loss.

“I was mentally ready to go out at 11 o’clock,” said Dunn, who was scheduled to open Court 6 play at Arieke Tennis Park but finally made it on to court shortly after 5pm.

“Being from Australia, the heat doesn’t really bother me too much but you can’t control that. I knew that.”

The 28-year-old Victorian vowed to use his first Paralympic match as a learning experience.

“There’s a lot to work with,” said Dunn. “I’m not used to this type of pressure. It’s a great learning experience. I can take it to the drawing board and go back from there.”

Dunn will return to the court with Weekes for doubles tomorrow and says the Australian pair will focus on the “simple things” in their first-round match against Gustavo Arneiro Silva and Daniel Rodrigues of Brazil.

“We’ll just play consistent good tennis and hopefully on the day it works,” said Dunn. “We’ve been working towards it, there’s no reason why it shouldn’t work.