There are four Australians competing in the US Open 2021 men's singles qualifying competition this week. 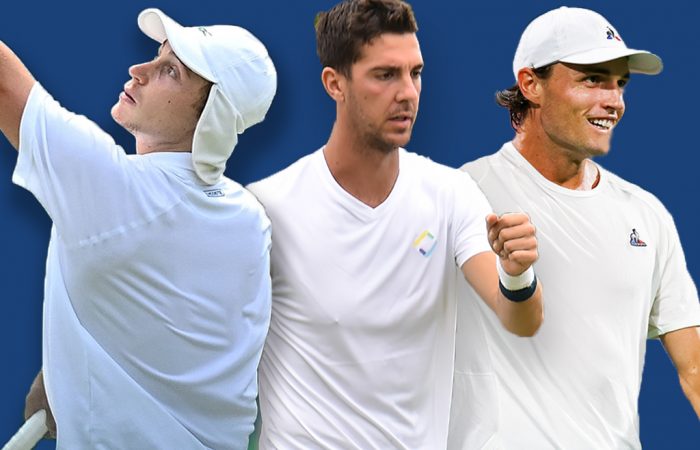 A further four players are hoping to join them as the men’s singles qualifying competition begins in New York this week.

[10] Chris O’Connell, 27, New South Wales
O’Connell is the No.10 seed in the men’s qualifying draw. He returns to New York after a memorable US Open debut last year, where he defeated world No.81 Laslo Djere of Serbia in the opening round. At the time, it was the biggest win of his career. The world No.126 has experienced more highs since, including qualifying at Wimbledon and defeating world No.23 Jannik Sinner to reach a first ATP-level quarterfinal in Atlanta last month. As the hard-working O’Connell strives for a top-100 breakthrough, qualifying in New York would certainly boost his chances. He begins his qualifying quest against world No.174 Altug Celikbilek, a 24-year-old from Turkey making his US Open debut. It is their first career meeting.
US Open career record: 1-1 (0-0 in qualifying)
US Open best result: Second round 2020

[26] Marc Polmans, 24, Victoria
This is Polmans’ fifth consecutive appearance in New York, where he is aiming to qualify for a first time. After reaching the final qualifying round at Roland Garros in June and earning a main draw debut as a qualifier at Wimbledon a few weeks later, Polmans is proving a consistent Grand Slam contender. The world No.148 went on to make the Wimbledon second round, meaning the US Open is now the only Slam where he is yet to win a main draw match. He came close last year, losing to American Marcos Giron in a five-set first-round battle in his main draw debut. His first-round opponent this year is former world No.10 Ernests Gulbis, a 32-year-old from Latvia currently ranked No.195. Polmans won their only previous meeting on clay last year.
US Open career record: 0-1 (2-3 in qualifying)
US Open best result: First round 2020

Thanasi Kokkinakis, 25, South Australia
Kokkinakis’ appearance in New York marks only the third time in his professional career he has competed at all four Grand Slams in a season – and the first time since 2018. After a horror run with injury, the former world No.69 has spent 2021 rebuilding his form and confidence. He reached the Australian Open second round as a wildcard, but lost to seeded opponents in the opening qualifying rounds at Roland Garros and Wimbledon. Presently ranked No.186, Kokkinakis has performed well in New York in the past and made the US Open boys’ singles final in 2013. He plays world No.191-ranked American Bjorn Fratangelo in the first round. It is his first career meeting against the Roland Garros 2011 boys’ champion.
US Open career record: 1-3 (2-2 in qualifying)
US Open best result: Second round 2019

Matthew Ebden, 33, Western Australia
Ebden knows what it takes to qualify at the US Open, having done so in 2015. The experienced world No.249 is contesting qualifying in New York for the sixth time in his career and looking to compete in the main draw for a fifth time. The former world No.39 is hoping to recapture his early season form, where he scored two top-50 wins and reached two tour-level quarterfinals. He has posted three wins from six singles matches during the US hard court swing, so also carries some positive momentum into this qualifying campaign. His first-round opponent, world No.159 Federico Gaio of Italy, is playing his first hard-court event since March. It is their first career meeting.
US Open career record: 3-4 (4-4 in qualifying)
US Open best result: Second round 2012, 2014, 2018

Unfortunately, Australian players Alex Bolt, Aleksandar Vukic and Jason Kubler are all late withdrawals from the qualifying competition after testing positive to COVID-19.