World No.1 Ash Barty continues her impressive march through the draw at Cincinnati, defeating Angelique Kerber in the semifinals. 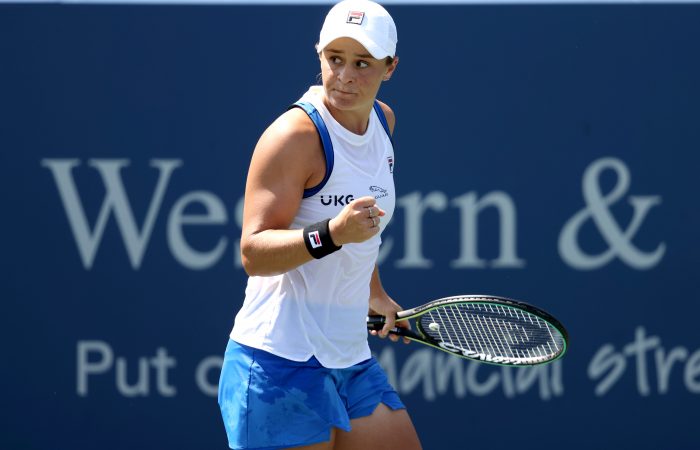 Ash Barty is enjoying a career-best run at the Western & Southern Open, where she has advanced to a first final.

👉 Yet to drop a set
👉 Best result in Cincinnati to date

“It’s never, ever a walk in the park against Angie, she’s an exceptional competitor and I think early on in that second set she lifted and went into another gear and it took me a few games to go with her,” said Barty, who fired 12 aces in a 75-minute victory.

“Angie won the big points early on in the second set so I was glad I was able to find a way through there in the end. I had to find the balance between being aggressive and not being too passive and not letting Angie dictate.

“In the two games I got broken, she just saw too many second serves and was able to be assertive. So I’m really happy to get through, and to be playing for a title here in Cincinnati is awesome.”

Barty’s previous best result at the WTA 1000 event was a semifinal appearance in 2019.

While Barty becomes the first Australian woman to advance to a singles final at Cincinnati since Goolagong Cawley won the 1973 title.

This is the 25-year-old’s sixth final of the season, where she will play Swiss wildcard Jil Teichmann.

The world No.76 has been on a giant-killing run this week, eliminating world No.2 Naomi Osaka, Olympic champion Belinda Bencic and world No.4 Karolina Pliskova.

It is Stosur’s 27th career doubles title and first since winning Australian Open 2019 with Zhang.