Sam Stosur and Chinese partner Zhang Shuai are through to the doubles final at a WTA 1000 tournament in Cincinnati. 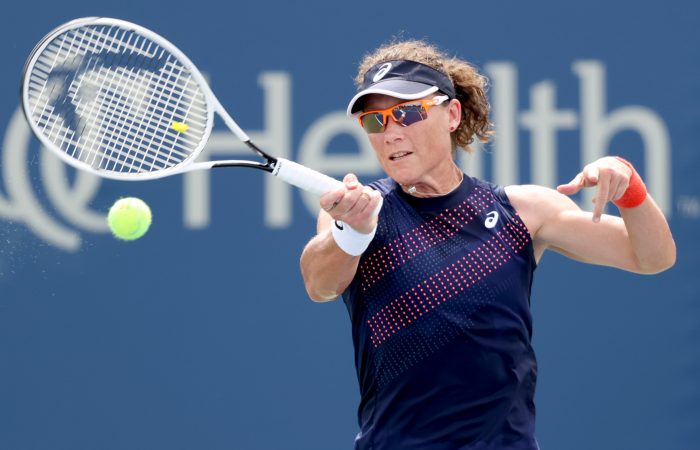 Sam Stosur and China’s Zhang Shuai have staged a remarkable comeback to earn their place in the Western & Southern Open women’s doubles final.

Playing their second match of the day, the Australian Open 2019 champions fell behind early in a semifinal clash against Anna Blinkova and Aliaksandra Sasnovich.

The Russian-Belarusian combination built a 6-4 5-1 lead and had multiple chances to serve for the match. But Stosur and Zhang recovered to win six consecutive games, saving a match point in the process, to level the semifinal at one-set apiece.

“That’s not the first time we’ve been 1-5 down and won the match,” Zhang said. “We just tried to focus on ourselves and be patient.”

From there, Stosur and Zhang maintained this momentum in the match tiebreak to record an impressive 4-6 7-5 [10-5] victory.

It propels 37-year-old Stosur into her first WTA Tour doubles final since March 2019.

Sixth seeds Gabriela Dabrowski of Canada and Luisa Stefani of Brazil await in the final, where Stosur will be aiming to win her 27th career doubles title and first since her Australian Open triumph with Zhang two years ago.

“They are a new pairing. They’ve only just started playing together and are already having some great success,” Stosur said. “But we’ll give it everything we’ve got tomorrow.”

An Australian woman has not won the Western & Southern Open doubles title since 1972, when Margaret Court and Evonne Goolagong Cawley combined to win the tournament.