Australians Jordan Thompson and Chris O'Connell have both been beaten in the men's singles quarterfinals at an ATP 250 tournament in Atlanta. 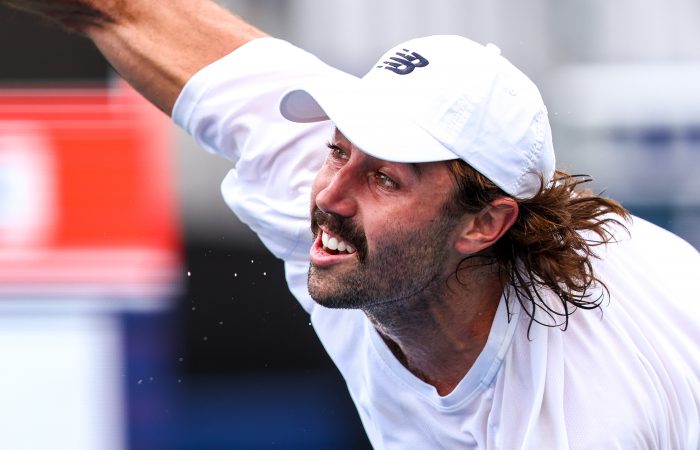 Rising American teen Brandon Nakashima has scored his second win against Australian Jordan Thompson in as many weeks.

Thompson served 16 aces in a one-hour and 50-minute quarterfinal battle at an ATP 250 tournament in Atlanta today, but it wasn’t enough to stop 19-year-old Nakashima.

In a rematch of last week’s Los Cabos quarterfinal, Nakashima recorded a 7-6(5) 7-5 victory.

The 27-year-old, who was competing in his first tour-level quarterfinal, actually won more points – 106 to Isner’s 105 in the two-hour and 36-minute battle.

Marc Polmans’ best tour-level doubles run in four years has ended in the semifinals at an ATP 250 clay-court tournament in Kitzbuhel.

The 24-year-old had been aiming to advance to his first tour-level final alongside Spain’s Pedro Martinez. However, third seeds Roman Jebavy of the Czech Republic and Matwe Middelkoop of the Netherlands scored a 6-3 1-6 [10-7] victory.