Ash Barty and John Peers have won a bronze medal for Australia in the mixed doubles competition at the Tokyo 2020 Olympic Games. 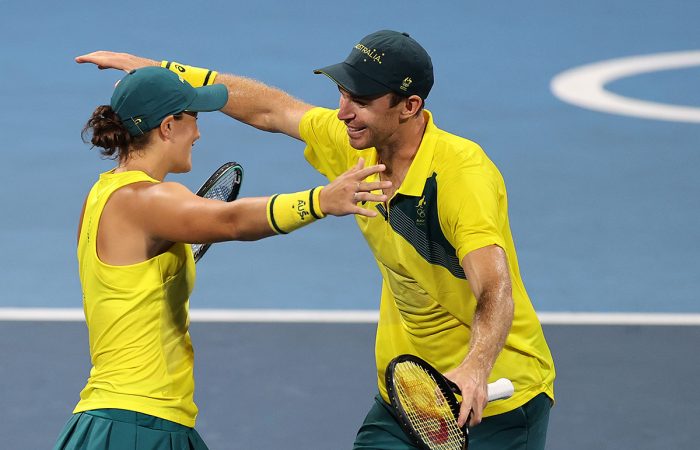 The Aussie duo won today’s scheduled bronze-medal play-off at the Tokyo 2020 Olympic Games via a walkover from Serbia’s Novak Djokovic and Nina Stojanovic.

Djokovic was unable to play the match due to a shoulder injury.

It is Australia’s sixth ever Olympic medal in tennis – and first since Alicia Molik claimed bronze in the women’s singles competition at Athens 2004.