Chris O'Connell overcomes American Denis Kudla in three sets to reach the second round at an ATP 250 tournament in Atlanta. 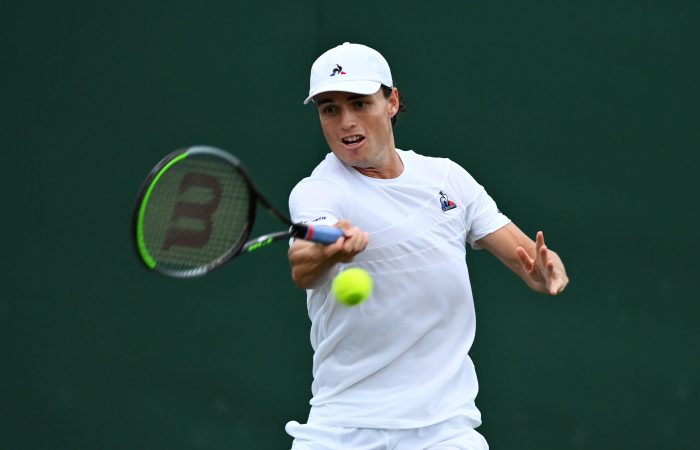 Chris O’Connell has continued his winning run at an ATP 250 tournament in Atlanta.

The 27-year-old earned his place in the draw as a qualifier and today scored a 4-6 6-3 6-3 victory against American Denis Kudla in the opening round.

It is the world No.132’s fourth career main draw win at tour-level.

O’Connell fired 19 aces in his one-hour and 50-minute victory to set-up a second-round meeting with No.2 seed Jannik Sinner of Italy.

Nick Kyrgios, the Atlanta 2016 champion, defeated former world No.5 Kevin Anderson in the final match of the day.

Kyrgios is already through to the doubles quarterfinal alongside American Jack Sock, where they will play Australia’s Jordan Thompson and American Steve Johnson.

Marc Polmans has advanced to the doubles quarterfinals at an ATP 250 tournament in Kitzbuhel.

The 24-year-old Australian and Spanish partner Pedro Martinez recorded a 6-4 6-0 victory against Spaniards Marc Lopez and Jaume Munar at the clay-court tournament.

Lopez is a former world No.3, who has won a Roland Garros title and an Olympic gold medal in his stellar doubles career.

Polmans and Martinez conceded only 12 points on serve in the one-hour match, setting up quarterfinal clash with second seeds Hugo Nys of Monaco and Andrea Vavassori of Italy.