Thompson knocks out seed in Atlanta opening round 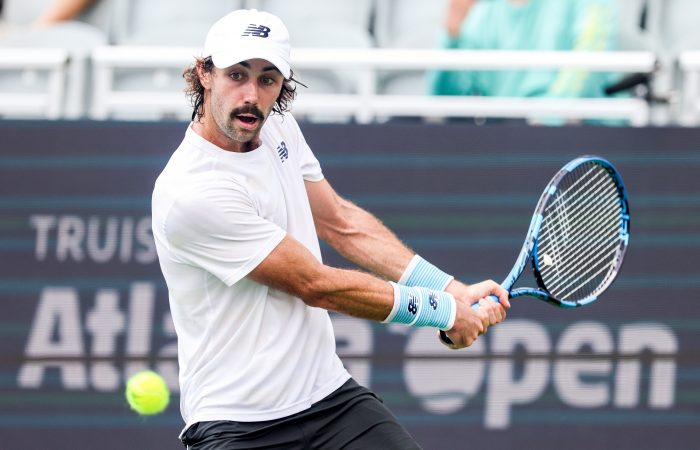 Jordan Thompson has made an impressive start at an ATP 250 tournament in Atlanta, eliminating eighth seed Lloyd Harris in the opening round.

Thompson hit 10 aces and saved 13 of the 17 break points he faced in the two-hour and 30-minute battle.

It continues an impressive run of form for the world No.63, who has won 12 of his 18 matches since the start of June.

The news isn’t so good for Alexei Popyrin.

Popyrin has struggled since rising to a career-high ranking of No.61 in May, winning only one of his past nine matches.

Meanwhile, Nick Kyrgios has made a promising return from the abdominal injury that derailed his Wimbledon campaign.

The Australian teamed with American Jack Sock in doubles to defeat third seeds Aisam-Ul-Haq Qureski of Pakistan and Divij Sharan of India. They lost only six points on serve in the 50-minute opening-round match.