John Peers and Ash Barty will represent Australia in mixed doubles at the Tokyo 2020 Olympic Games. 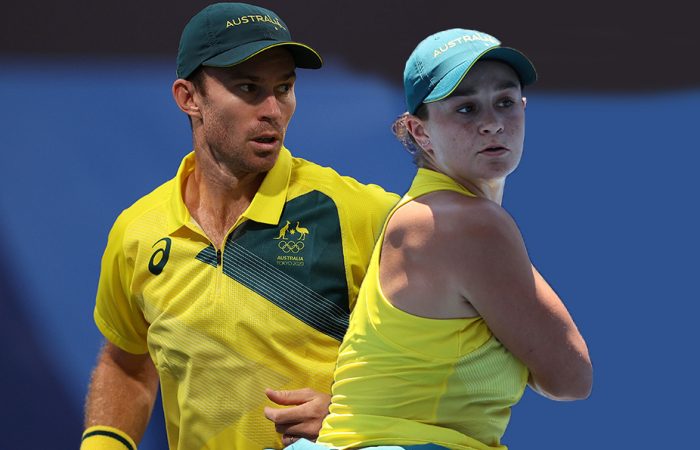 John Peers and Ash Barty will team up in the mixed doubles competition at Tokyo 2020.

The 16-team draw was announced today, with the Australian combination set to face Horacio Zeballos and Nadia Podoroska of Argentina in the opening round.

The 33-year-old Peers is Australia’s top-ranked doubles player at world No.25 and was a mixed doubles semifinalist at Wimbledon earlier this month.

Barty, who is eight years younger at 25, is Australia’s highest-ranked female doubles player at world No.36.

The duo have played five Grand Slam tournaments together, building a 7-5 career win-loss record as a combination. Their best results are quarterfinal runs at Wimbledon 2013 and the 2014 US Open.

Teaming up for the first time since the 2014 US Open, they are aiming to win Australia’s first mixed doubles medal.

A mixed doubles competition was first added to the Olympic Games schedule in London 2012.

Barty is also still a chance to win a medal in the women’s doubles competition, where she has progressed to the quarterfinals alongside Storm Sanders.

Ellen Perez and Sam Stosur have also reached the quarterfinals.

It is the first time since tennis was reintroduced as an official Olympic sport in 1988 that two Australian women’s doubles teams have advanced to this stage.

> READ: Duckworth knocked out in Tokyo