Australian John Peers is enjoying a career-best run in mixed doubles at Wimbledon, advancing to the semifinals for a first time. 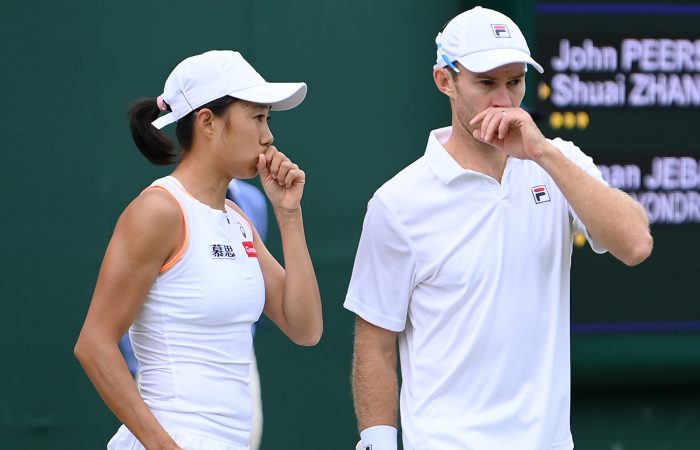 The No.17 seeds scored a 6-2 6-4 victory against fourth seeds Edouard Roger-Vasselin of France and American Nicole Melichar in the quarterfinals. Peers and Zhang served 11 aces and struck 16 winners in a dominant 63-minute victory.

Yet to drop a set this tournament, it marks a career-best result for both at the All England Club.

The 32-year-old Peers is making his eighth appearance in a Wimbledon mixed doubles draw. His previous best effort was a quarterfinal in 2013, playing alongside a teenage Ash Barty.

This also equals Peers’ career-best performance in Grand Slam mixed doubles. He advanced to the final four at the US Open in 2018, partnering Zhang.

Peers’ victory capped a brilliant day for Australian tennis, with world No.1s Ash Barty and Dylan Alcott both progressing to singles finals at the All England Club.