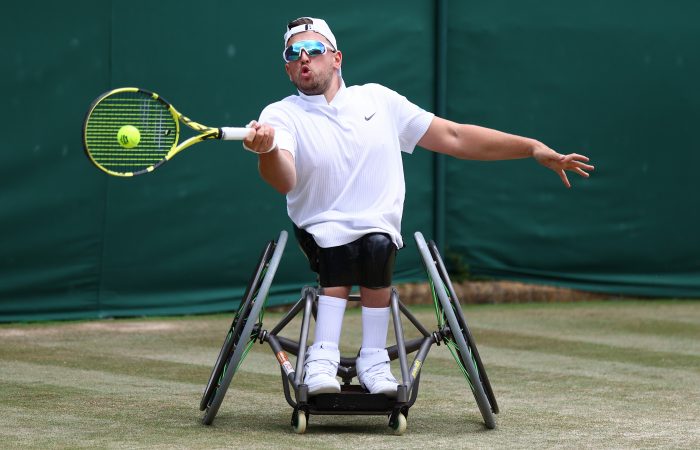 Defending champion Dylan Alcott has made a perfect start to his 2021 singles campaign at Wimbledon.

The world No.1 recorded a 6-2 6-2 win today against long-time rival David Wagner to advance to his 16th career Grand Slam singles final.

Alcott, who claimed the inaugural quad wheelchair singles title at the All England Club in 2019, proved too strong for the 47-year-old American.

The 30-year-old Australian struck 18 winners and recorded zero unforced errors in a dominant opening set, conceding only seven points on serve and not facing a single break point.

Wagner showed his fighting spirit to recover an early break in the second set – but there was no stopping Alcott.

The No.1 seed sealed victory in 73 minutes, finishing the semifinal showdown with 43 winners, 11 aces and just nine unforced errors.

Alcott, who boasts a 13-2 win-loss record in major finals, will play world No.3 Sam Schroder in the championship match. It is the third consecutive Grand Slam final they have faced-off.

But for now, Alcott turns his attention to tomorrow’s quad wheelchair doubles final. The Australian, who is partnering Schroder, is the defending champion and aiming to win his ninth Grand Slam doubles title.