Australia's Nick Kyrgios has recorded a straight-sets win against Italian Gianluca Mager to advance to the third round at Wimbledon. 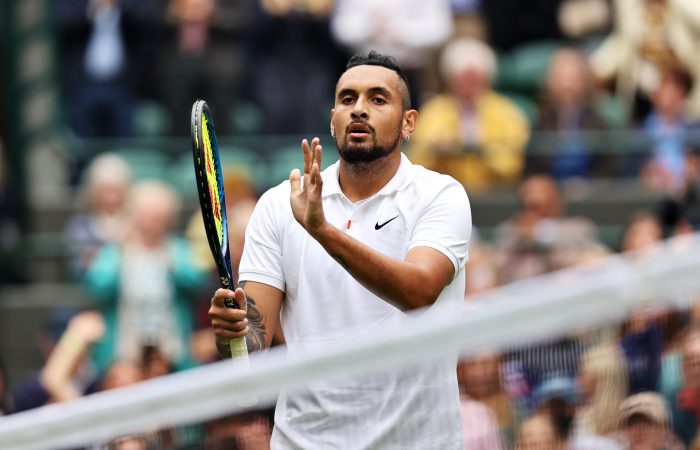 For the fifth time in his career, Nick Kyrgios has reached the third round at Wimbledon.

This year’s effort is like no other, however, with the 26-year-old Australian contesting his first overseas tournament in 16 months and making a first competitive appearance since the Australian Open in February.

There’s been no signs of rust though, with Kyrgios serving 29 aces in a 7-6(7) 6-4 6-4 victory against Italian Gianluca Mager in second-round action today at the All England Club.

Kyrgios had too much firepower for No.77-ranked Mager, who was looking to advance to a Grand Slam third round for the first time in his career.

The world No.60-ranked Kyrgios hit a total of 48 winners, and committed just 11 unforced errors, in the one-hour and 50-minute match. He did not face a break point either.

A jovial Kyrgios, who asked a fan where to serve on match point, is the highest-ranked Australian left in the gentlemen’s singles draw.

He joins fellow Aussies Jordan Thompson and James Duckworth in the third round, where he’ll play No.16-seeded Canadian Felix Auger-Aliassime.