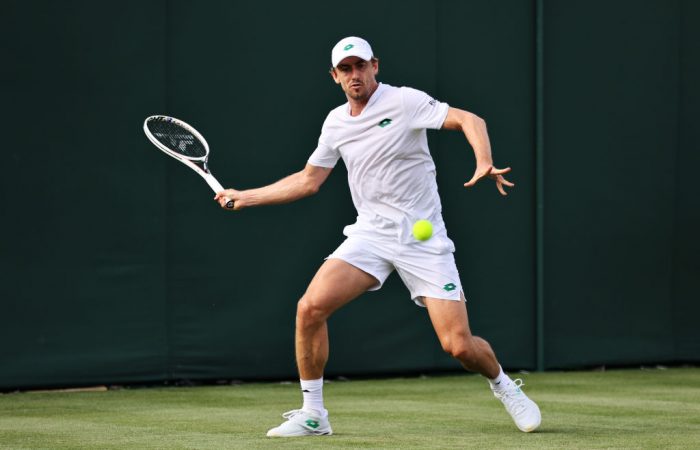 A typically spirited fight has ended in a first-round exit for John Millman, with No.8 seed Roberto Bautista Agut claiming a four-set victory over the Australian.

Bautista Agut, a semifinalist at Wimbledon two years ago, has never lost a first-round match at the All England Club.

In a dramatic finish, Bautista Agut received medical treatment on his left leg in the fourth-set tiebreak and after returning to the court, fell heavily as a Millman error provided a match point opportunity.

The Spaniard, ranked world No.10 compared to world No.43 Millman, secured his moment and goes on to face Miomir Kecmanovic. Millman will turn his attention to the doubles alongside Argentina’s Guido Pella.

The 32-year-old Australian can take heart from some notable stats in his first-round match, including 32 winners and nine aces. Millman served just one double-fault, doing so late in the fourth set.

With rain on the opening day of play at the 2021 Championships, Millman was the only Australian to complete a match.

Chris O’Connell is tied at one-set apiece with No.13 Gael Monfils in their first-round clash, with play suspended on the verge of a third-set tiebreak. They will resume their match tomorrow at 6-4 2-6 6-6.