After winning his second ATP singles title of the season, Alex de Minaur rises to a new career-high ranking of world No.15. 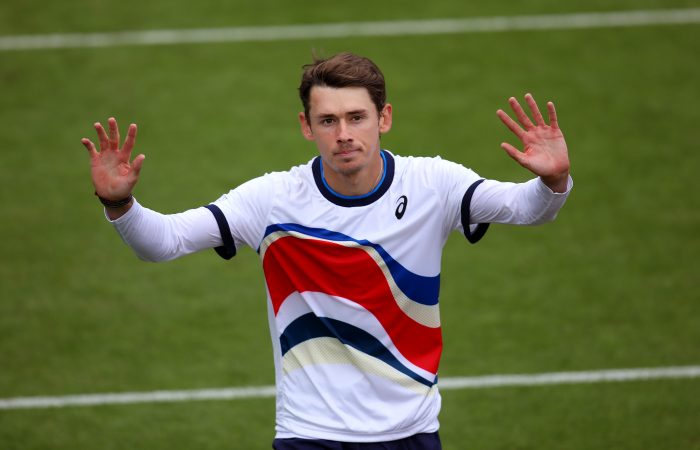 Alex de Minaur is at a new career-high ranking of No.15 in the latest ATP Tour men’s singles rankings. The 22-year-old rises three spots after winning his fifth career title in Eastbourne.

De Minaur becomes the first Australian man to be ranked inside the world’s top 15 in more than three years. The last to do so was Nick Kyrgios in February 2018.

Max Purcell is the biggest mover of the week, jumping up 46 places and into the No.12 Australian position at world No.237 following his career-best semifinal run in Eastbourne.

Ash Barty enters Wimbledon as the world No.1 for the second time in her career. The 25-year-old has a 529-point lead atop of the latest WTA Tour singles rankings.

The 32-year-old enters Wimbledon in good form, having made the Queen’s Club final and Eastbourne quarterfinals in the past fortnight.

Storm Sanders makes her top-60 debut in the latest WTA doubles rankings, with the 26-year-old improving two places to a career-high of world No.59 this week.

Sanders is set to make her third Wimbledon doubles appearance, where she is partnering American Caroline Dolehide.

> READ: Five Australians to compete on day one at Wimbledon