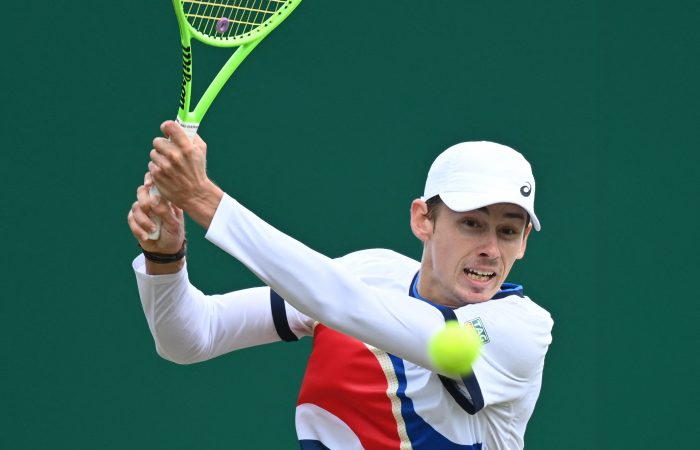 The 22-year-old has not dropped a set at the ATP 250 tournament in Eastbourne this week, moving into the championship match with a 6-3 7-6(2) semifinal victory against Korea’s Soonwoo Kwon.

It is De Minaur’s ninth career ATP-level singles final – and a first since January, when he won his fourth career title in Antalya.

“I am very happy to be playing in another final,” said De Minaur. “I am playing some great tennis on the grass. I am really enjoying myself out there and hopefully I can play well tomorrow and take it home.”

The world No.18 faces Italian Lorenzo Sonego in the final. The world No.27, who is the third seed in Eastbourne, ended the career-best run of Australia’s Max Purcell with a 6-1 3-6 6-1 win in their semifinal clash.

De Minaur won his only previous meeting against the 26-year-old Italian, who is aiming to win his third ATP title.

The finals appearance is perfect Wimbledon preparation for De Minaur, who has been handed a tricky first-round assignment against rising American Sebastian Korda next week.