It has been 30 years since five Australian women have progressed to the final qualifying round at Wimbledon. 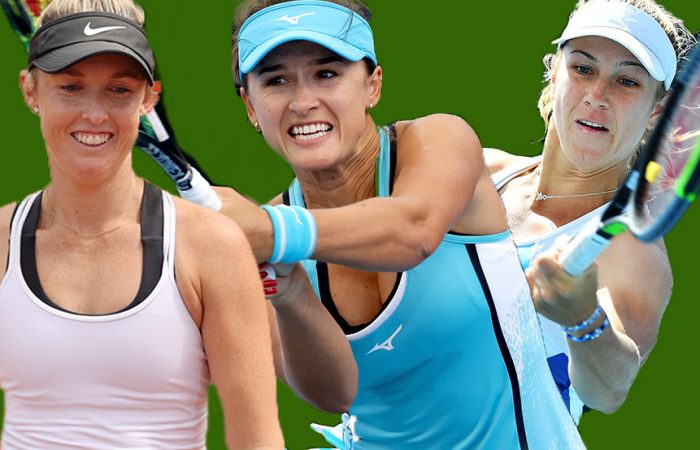 Five Australians have advanced to the final round in the Wimbledon 2021 ladies’ singles qualifying draw – the most to reach this stage in 30 years.

The last time Australia had this many representatives in the final qualifying round at Wimbledon was 1991, when seven progressed and two qualified.

Arina Rodionova (AUS) v [WC] Katie Swan (GBR)
Ladies’ qualifying singles, final round, Court 11, first match (from 8pm AEST)
Aiming to qualify at Wimbledon for a third time, Rodionova is in sensational form. The world No.149 is yet to lose a set this week. The 31-year-old has now won nine of her 11 matches this grass-court season, with her all-court game helping her reach her biggest career final in Nottingham last week. Swan, a 22-year-old British wildcard ranked No.290, has won both of their previous meetings in three-set battles.
Head-to-head record: Swan leads 2-0
Last meeting: Swan won 2-6 6-4 6-3 (Surbiton, June 2018)

Storm Sanders (AUS) v [31] Clara Burel (FRA)
Ladies’ qualifying singles, final round, Court 15, first match (from 8pm AEST)
After qualifying at a Grand Slam for the first time at Roland Garros last month, 26-year-old Sanders’ impressive form continues as she attempts to repeat the feat in her Wimbledon debut. The world No.147, who saved a match point in a first-round win against third seed Errani, faces 20-year-old Burel in the final round. The former world No.1 junior, who is ranked No.142, is also competing at Wimbledon for a first time.
Head-to-head record: First career meeting

Ellen Perez (AUS) v [10] Oceane Dodin (FRA)
Ladies’ qualifying singles, final round, Court 17, first match (from 8pm AEST)
Bidding to qualify at a Grand Slam for the first time, 25-year-old Perez carries valuable momentum into this match. The world No.231 is yet to lose a set this week, defeating two higher-ranked opponents to progress to a final-round showdown against world No.111 Dodin. It is the left-handed Perez’s first meeting with the 24-year-old Frenchwoman, who has been ranked as high as No.46.
Head-to-head record: First career meeting