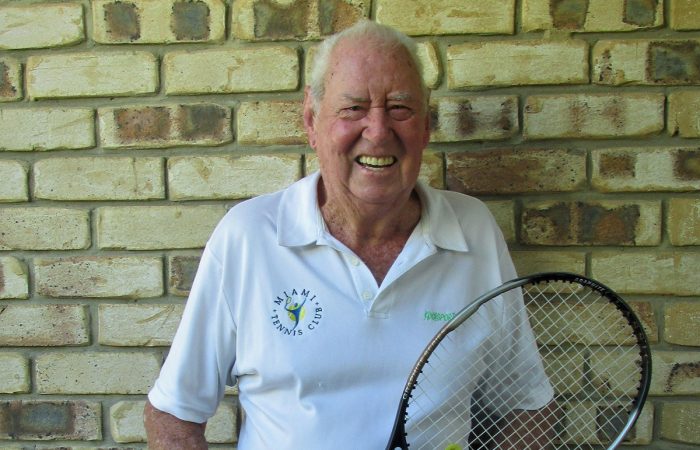 Four Australians were presented with a Medal of the Order of Australia for their services to tennis this week. The prestigious honours were part of the Queen’s Birthday Honours List.

Stead is a long-serving member of the Kiama Tennis Club and Kiama and Shellharbour District Tennis Association, who was named the Tennis NSW Volunteer of the Year in 2009. She has had a life-long love for tennis. “My mum and dad both played tennis. My dad used to play with (Australian tennis champion) Harry Hopman. I’ve got a trophy of theirs that they won together, which I was very proud of,” she said.
> Read more

Tudball has been a member of the Miami Tennis Club since 1974, where he has spent long stints serving as both president and vice-president. He remains a club patron, extending his love affair with the sport to over 70 years. “I can’t believe it,” Tudball said of receiving an OAM honour. “I am so thankful to all of the committee members that worked with me for the 20 years whilst I was president.”
> Read more

Rehe was a member of the Midweek Eastern Metropolitan Region Ladies’ Tennis Association for 50 years, serving as president, vice-president, secretary, record secretary, assistant secretary and treasurer during this time. Rehe is currently a Doncaster Tennis Club member, where she has previously held a number of positions including chairperson of selectors, board member and house and grounds committee member.

Uebergang has been a committee member at the Edi Upper Tennis Club for more than 46 years and served as club coach for  40 of these years. A hard-working community member, she was named Edi Upper Tennis Club’s coach of the century and is a former Tennis Victoria Service Award recipient.

Congratulations to these hard-working volunteers and thanks for your years of service and dedication to our sport.