Popyrin vows to learn from Nadal loss at Roland Garros 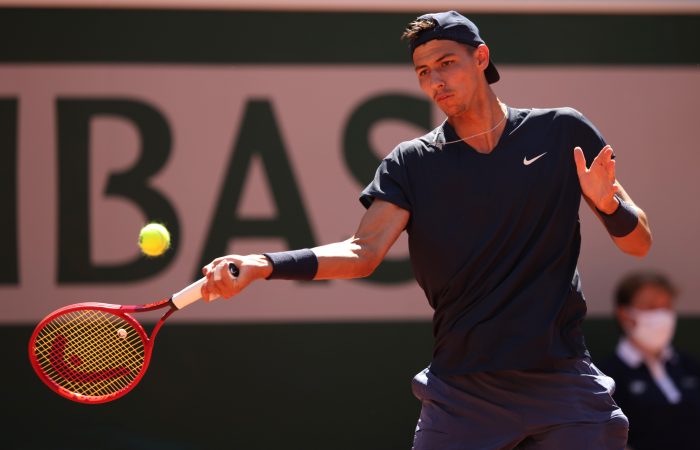 Facing Rafael Nadal at Roland Garros is arguably the most daunting prospect in tennis. The Spaniard is a 13-time champion in Paris and lost only two matches at the tournament in his storied career.

Australia’s Alexei Popyrin proved unnerve by the challenge though, even earning set points in a steely third-set comeback during their first-round showdown. But it wasn’t enough to stop the world No.3, who recorded a 6-3 6-2 7-6(3) victory.

“We chalk this one down to experience, but I don’t want to chalk many matches down to experience much longer. I think I’m experienced enough to not choke at 5-3 40-30, 5-3 advantage. You know, I’m disappointed with that. But overall I think I played a good game.”

The 21-year-old Australian has vowed to learn from this experience.

“I think the moment got to my head a little bit. You know, taking a set off Nadal, especially in French Open, is not the easiest thing to do,” Popyrin said.

Nadal had high praise for Popyrin, who is still in the doubles draw at Roland Garros with compatriot Jordan Thompson, predicting the world No.63 is a future star of the game.

“What can I say?” smiled Popyrin after hearing Nadal’s comments. “I’ve got to agree with the greatest of all time. You know, if he says it, then it must be true?

“It’s obviously really, really amazing to hear it from him. But I don’t think it’s something that me and my team didn’t know already. I think we know that I have the game to make it to the top. It’s just a matter of consistency. Just a matter of keeping up with the hard work. Just a matter of, you know, just grinding away, step by step. I always have the belief that I’ll be able to get to the top.”