Storm Sanders' main draw debut at Roland Garros has ended with a straight-sets loss to No.14 seed Elise Mertens, while injury has thwarted John Millman's campaign. 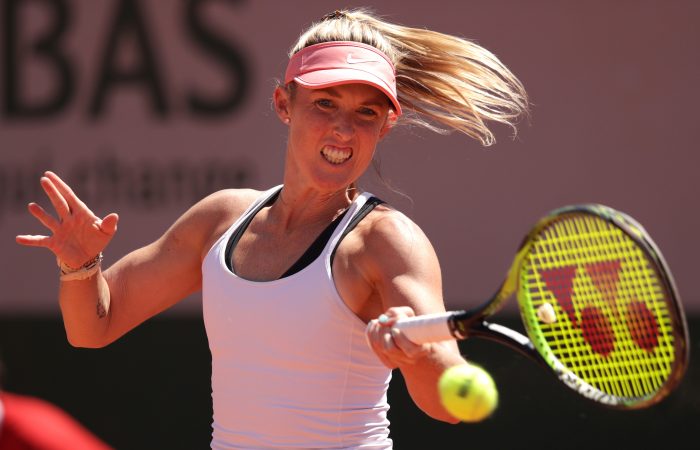 Injury forced John Millman to withdraw from Roland Garros moments before he was due to take the court for his first-round match in Paris today.

The news has not been much better for the other Aussies in action either, with Storm Sanders, Chris O’Connell and Jordan Thompson bowing out of the tournament.

A back injury continues Millman’s luckless run in Paris. The 31-year-old Australian was scheduled to play Italian Gianluca Mager, the first time in six visits to Paris that Millman had not drawn a seeded opponent in the opening round. But with the world No.43 unable to take to the court, German lucky loser Peter Gojowczyk took his place in the draw.

The 26-year-old Sanders, who qualified without dropping a set, started strongly against the world No.15. The world No.161 raced to a 4-1 lead, firing eight winners across the opening five games.

Mertens responded by winning eight consecutive games, quickly turning the momentum in her favour. From there, the No.14 seed proved too solid and closed out victory after 83 minutes on court.

“I’m definitely disappointed,” Sanders said. “I felt like I definitely had a lot of opportunities, especially in the first set. I came out playing really well, like being aggressive.

“I kind of started making a few too many errors, probably trying to press too much, gave her a little bit of a look in, and she obviously started finding her way.”

It was the 26-year-old Australian’s first five-set match and he came mighty close to scoring one of the biggest wins of his career.

“I’m happy I fought back and gave myself the opportunity to win the match but, unfortunately, it wasn’t for me today,” O’Connell conceded. “It’s pretty devastating.”