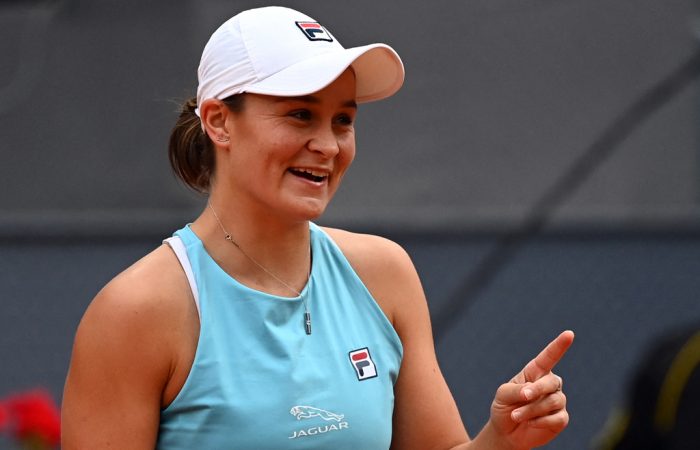 Paris will always be a special place for Ash Barty – and not purely for the fact that it was the setting for her maiden Grand Slam triumph.

Targeting back-to-back titles at Roland Garros, the world No.1 takes added inspiration from a milestone anniversary.

Barty beams when asked to speak of the significance of her idol’s golden anniversary.

“It’s hard to put into words just how special Evonne’s career was – not just in impacting me personally but impacting an entire nation and an entire culture,” said Barty of Goolagong Cawley, who was just 19 when she claimed the first of seven Grand Slam singles titles at the 1971 French Open.

“I think she’s the most incredible person and to be able to have the anniversary, her 50th anniversary this year, is remarkable. It’s a special one and I hope that people are able to understand just how special it is.”

“She’s been an incredible person in allowing growth and guiding so many young Indigenous players, boys and girls and Indigenous youth all over the country in the way that she conducts herself,” said the Queenslander.

“People remember her tennis of course – I mean she was such an incredibly elegant player and the way that she graced the court was remarkable – but people remember her more for the person that she is, and I think that’s a real testament to her character.

“It’s a shame that she can’t be here, obviously, with what’s going in the world at the moment but hopefully, as Aussies all of us can do her proud.”

Barty’s campaign to lift another trophy in Paris is accompanied by many happy memories.

“It’s remarkable, it’s always going to be a place that holds a very special place in my heart,” a smiling Barty reflected of her Roland Garros 2019 triumph, which was followed soon afterwards by a rise to the world No.1 ranking.

But with a fine-tune tactical nous that’s as much a weapon as her renowned court-craft, Barty also appreciated the value of a fresh outlook.

“I love playing in Paris, I love playing on these courts and you know, it’s just another opportunity for me to go out there and extend the clay season that little bit longer.”

Barty does so knowing that after contesting just four tournaments in 2020 – the world No.1 opting to remain in Australia after the pandemic-enforced suspension of pro tennis ended last August – she’s back stronger than ever this season.

Crowned champion in the first tournament she contested in almost a year at the Melbourne Summer Series, Barty was also a quarterfinalist at the Australian Open and a winner of the Miami Open (as defending champion) and at the Porsche Grand Prix in Stuttgart.

> READ: Stosur believes Barty is one to watch

While she surrendered a fourth 2021 final to Aryna Sabalenka in Madrid, Barty’s 27-5 match-winning record is unmatched by any other woman this season.  The clay-court stats are particularly pleasing, Barty’s 13-3 record incorporating five victories over top-20 opponents.

And after withdrawing from the Rome quarterfinals with an arm injury, both body and mind were strengthened by a fortnight spent in the south of France.  “It was quiet, peaceful, I think … We were at a very small club down there, which for me was perfect,” said Barty.

The outlook is equally positive as the 25-year-old prepares for a first career meeting with left-hander Bernarda Pera, a world No.70 from America, in the opening round.