Generous club-level volunteers like Lisa Kelly and Wendy Hudson are not only contributing to the ongoing success of tennis, but helping to build a bright future for the sport. 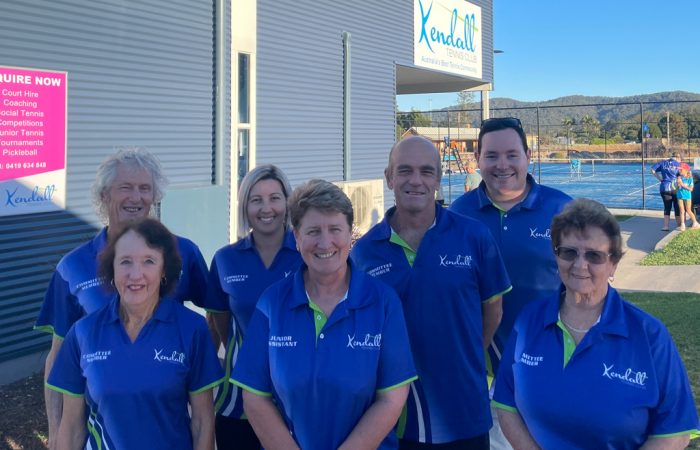 Celebrated in 2021 with the theme of “Recognise, Reconnect and Reimagine”, National Volunteers Week is an opportunity to thank the millions of generous Australians who donate countless hours to support others in the community.

Volunteering Australia estimates that close to six million volunteers collectively dedicate over 600 million hours annually – and among that group are some especially committed individuals who ensure tennis is thriving throughout the nation.

Tennis Australia CEO Craig Tiley is delighted the game is so well passionately supported. “Across Australia, there’s more than 25,000 volunteers that day in and day out contribute to the growth of our sport and for that we have a great deal of appreciation,” Tiley commented as National Volunteers Week began on Monday.

The value of volunteers was particularly pronounced after one of the most challenging periods for the sport. With tennis dramatically impacted by bushfires, floods and the worldwide pandemic since early 2020, the many people who donate their time to the sport were critical to its recovery.

“The contribution that you’ve each made to get the sport back up and running has not gone unnoticed, so thank you,” Tiley added. “And most importantly, it’s the work and the passion and the dedication and the commitment of all our volunteers that do make tennis one of the most popular sports in Australia.”

Described by many as a “pillar” of the tennis community in the Victorian region, Lisa notes that the many hours she dedicates to the game – estimated to be at least 15 each week – are balanced by the infinite rewards of volunteering.

“I have fun,” she said. “I have a lot of friends in tennis – most of my friends are from tennis. I would recommend that anyone get involved. If you didn’t have volunteers, then you wouldn’t have the clubs.”

Lisa explained that after growing up with the sport, the transition to volunteering some 30 years ago was easily made.

“All my life, it’s always been around,” she said. “My family all played. My kids all played when they were tiny and they’re in their 30s now. I really enjoy tennis.”

While the many requirements of Lisa’s various roles can range from organising teams to compiling results, supporting juniors and helping run the club canteen on a Saturday morning, any sacrifices are easily made.

“It’s still fun, even when there’s challenges. Because I’m playing in the district as well, I know everybody, and they know me,” said Lisa. “I love it. When I have my time off, I go and have a game of tennis.”

Lisa Kelly wears many hats when it comes to volunteering in regional Victoria. She believes the time and energy she dedicates to the sport, is balanced by the infinite rewards that come with being a volunteer.

A stalwart of her local community since she followed her parents into the game some 40 years ago, Hudson is a long-time president of the Kendall Tennis Club, a coach, manager of a regional ballkids squad and actively involved with Tennis New South Wales’ “Sheroes” program.

“And I work part-time and have a family,” laughed Hudson, a police officer and a mother of three young adult boys.

Helped by Hudson’s tireless commitment, Kendall was named the nation’s Most Outstanding Club at the inaugural Australian Tennis Awards in 2010 and a winner of the AO Blitz competition in 2016.

The latter accolade recognised Kendall as Australia’s most tennis-loving town – that passion arguably driven by the president herself.

“I love my town, which is where I grew up,” Hudson related of her commitment to volunteering, which was instrumental to the construction of a sparkling new tennis facility in the coastal community.

“My parents ran the club before me, and so the last 10 years I’ve focused on trying to build this town a new (tennis) centre. Only because we grew out of our three-court centre years ago and we needed some more courts. So that’s sort of been my drive.”

The theme of “Recognise, Reconnect and Reimagine” is of huge significance to Hudson. While she often contributes up to 30 hours of her own time each week to volunteering, she proudly recognises that the growth of the club is a collective success.

“It’s the team behind me, it’s not just about me,” Hudson stresses. “It’s the team that’s been right behind me and supported me the whole way through. Our club is run entirely by volunteers. It takes about 80 hours a week to run this club.

“And we are a community tennis club, so fees are fairly low for that reason and that’s probably why we’ve got 480 members for a town of just 1200.”

Noting the importance of both connecting and reconnecting, Hudson explains how the influence of the club extends far beyond just tennis.

When the Kendall township was inundated by floods after massive rains in April, Kendall Tennis Club – thankfully spared from that natural disaster – not only provided emotional support to many community members, but also helped at a practical level. The popular Miss Nelly’s Café even moved baking operations to the club’s industrial grade kitchen.

“This is a very tight community, so it was hard,” said Hudson, “And Miss Nellie’s is obviously another business in town that lost everything. And when we did throw our hands out to Miss Nellie’s, who was a sponsor of our club, to come and use our kitchen, she was able to maintain part of her business.

“We helped her get back on her feet and that’s what a community does. A community like ours, we all pull together.”

Reimagining the role of the club in that instance, Hudson notes how volunteering itself can also require a different outlook. While the busy president happily followed her parents’ example in giving countless hours to the club – her father still helps with maintenance, her mother runs the canteen and both are still active on the club committee – she also notes that delegation is increasingly critical.

“It’s just sort of in my blood, I suppose,” explains Hudson. “As we built and moved into this new centre, I changed my focus of me doing everything. I got other people involved and I think that’s really important.”

And as with many clubs throughout the nation, those people are giving their time happily. Whether its maintaining facilities, organising competitions, conducting social activities, fund-raising or one of the myriad big and small jobs required at a club, generous volunteers are not only contributing to the ongoing success of tennis but ensuring the sport’s bright future.