Ajla Tomljanovic is one of several Australian players to record ranking improvements this week. 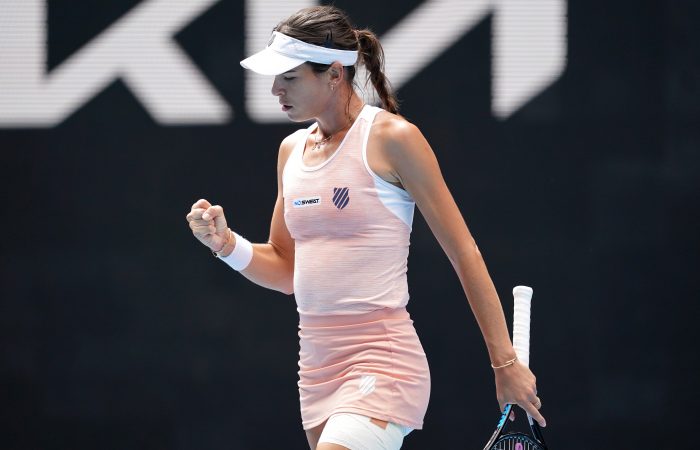 Ajla Tomljanovic and Storm Sanders are the biggest movers in the latest WTA Tour singles rankings, both improving four places this week.

Tomljanovic is at world No.76 after winning three matches at the Italian Open, which included an impressive victory against world No.21 Marketa Vondrousova.

Sanders made an ITF quarterfinal in America last week, helping her rise to a new career-high of No.161 and overtake Priscilla Hon to become the No.7-ranked Australian woman.

James Duckworth returns to the top 100 this week, while Thanasi Kokkinakis is at his highest ranking since January 2020.

After choosing not to defend her title in Rome last week, Ash Barty drops 10 spots in the latest WTA doubles rankings.

Barty still remains the top-ranked Aussie woman at world No.27, ahead of Ellen Perez at No.46 and Storm Sanders at No.62.

Sanders moves into the No.3 Australian position this week, overtaking Sam Stosur.

After a semifinal appearance in Rome last week, Australia’s John Peers jumps one place to world No.26 in the latest ATP Tour doubles rankings.

There are currently seven Australian men inside the world’s top 100, with Matt Ebden and John-Patrick Smith both enjoying ranking rises this week.

> AUSSIES IN ACTION: Busy week ahead of European clay