Injured Barty out of Rome

A right arm injury has forced Ash Barty to retire early in the second set of her Italian Open quarterfinal against American Coco Gauff. 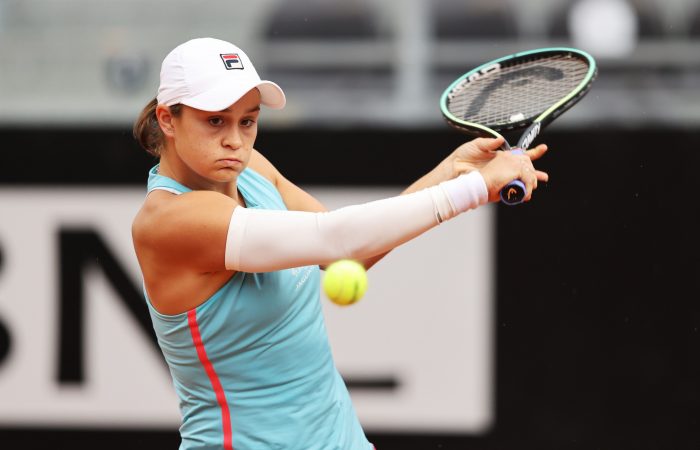 The world No.1 was leading American teen Coco Gauff 6-4 2-1 in their quarterfinal when she made the decision not to continue due to a right arm injury.

“I hate withdrawing. I hate pulling out of a match halfway through. It’s not in my makeup, not what I like to do, but it was really important today that I listen to what my body was telling me to make sure that in a couple weeks’ time we’re good to go,” said Barty, noting the importance of maintaining her health ahead Roland Garros later this month.

Barty, who was also playing with strapping on her left thigh, is not panicking about her arm injury.

“It’s something I have had to manage over my career. It’s an injury that began when I was quite young, when I was 15 or 16 years old. It just pops up every now and again,” she explained.

“It became worse while we were playing. So I think that’s the challenging thing, is to make the decision to stop. It’s never nice. It’s the thing that I hate the most is not being able to finish a tennis match. But the pain was becoming too severe, so it was important that I listen to my body and of course try and do the right thing, knowing that we have a Grand Slam in two weeks’ time.”

There was better news for Australia’s John Peers, advancing to the men’s doubles semifinals alongside New Zealand’s Michael Venus.

The duo, who have eliminated two seeded teams so far this week, now face second seeds Nikola Mektic and Mate Pavic for a place in the final.