World No.1 Ash Barty staged a spirited comeback against Karolina Pliskova in Stuttgart to secure a third semifinal appearance of the 2021 season. 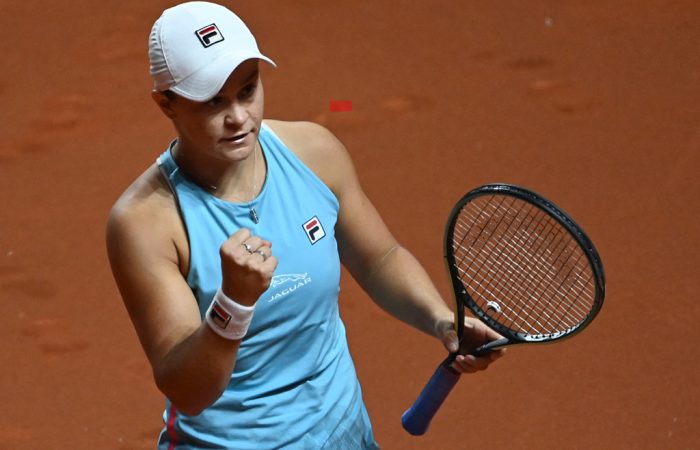 Ash Barty is finding form on European clay, the world No.1 staging a spirited comeback to overcome Karolina Pliskova at the Porsche Grand Prix in Stuttgart.

Securing a third semifinal from the six events she’s contested this season, it marks the seventh time this year that Barty has claimed a three-set match.

It was the first time she’d done so, however, after dropping the opener.

“In a sense it was probably a match of two sets,” said Barty, explaining that stellar serving from Pliskova prevented her from building any pressure early in the contest.

“Being able to flip that switch right from the first game of the second set was important. To then make it more of a physical match was what we were after, and over time we were able to get the match back on my terms as much as we expected.”

With an  eighth win from her last 10 matches against top-10 opponents, Barty set up a semifinal against No.4 Elina Svitolina.

It marks a second semifinal between the pair in recent tournaments, Barty overcoming Svitolina in straight sets on the way to defending her Miami title.

Barty, who is competing on European red clay for the first time since her  2019 Roland Garros victory, is clearly embracing the challenge.

“When you come up against Top 10 opponents, you have to go to that level above to be able to compete.” said Barty, who battled for just over two hours against Pliskova.

“They force you to bring your best. With a lot of the girls in the Top 10, we’ve had plenty of matches that have gone either way, different experiences, so each time I love that challenge of testing myself against the best.”