Australia's Jordan Thompson scores an opening round win at an ATP Masters 1000 tournament in Monte-Carlo, while Alexei Popyrin qualifies for the main draw. 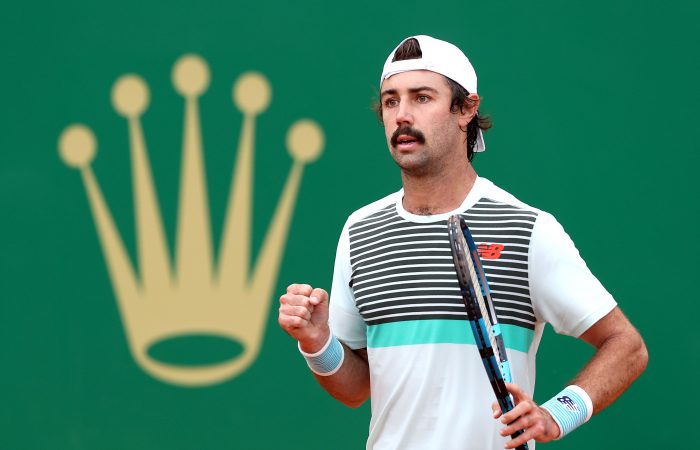 Jordan Thompson has made a winning start to his Monte-Carlo campaign, scoring a three-set win against France’s Benoit Paire in the opening round.

Thompson battled for three hours to overcome world No.35 Paire 6-4 6-7(3) 7-6(5). With 17 service breaks there were plenty of twists and turns throughout the first-round encounter – but Thompson held his nerve in a tense finish, winning six of the final eight points of the match.

It is Thompson’s third career top-50 win on clay.

Alexei Popyrin sealed his place in the main draw at the ATP Masters 1000 tournament, defeating Germany’s Yannick Hanfmann in the final qualifying round. However, Bernard Tomic lost his final qualifying match.

Storm Sanders has continued her good form, qualifying for a WTA 250 tournament in Charleston.

Sanders scored a straight-sets win against Japan’s Kurumi Nara to qualify for a WTA event for the third time so far this season.

The 26-year-old Sanders joins Ajla Tomljanovic and Astra Sharma in the main draw.