Alexei Popyrin's winning streak continues, with the Australian advancing to the second round of an ATP 500 tournament in Dubai. 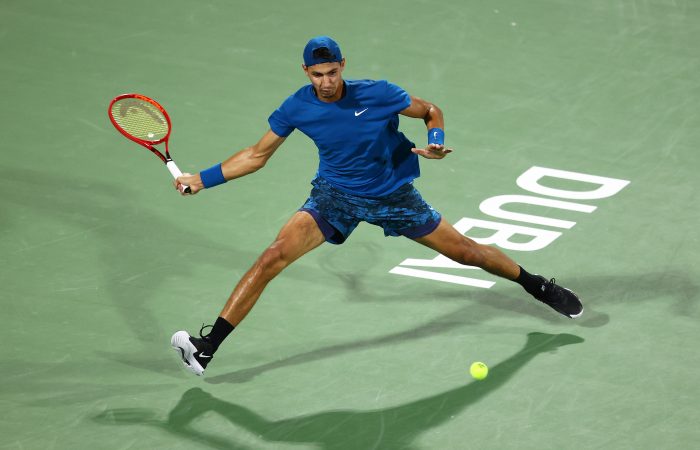 Australian Alexei Popyrin is through to the second round in Dubai.

It extends Popyrin’s winning streak to six matches. The world No.82 wildcard next faces eighth-seeded Russian Karen Khachanov in the second round.

Chris O’Connell secured his place in the main draw with a straight-sets win against Italian Thomas Fabbiano. It is the third time the 26-year-old has qualified at an ATP-level tournament – and the second time in as many weeks. The world No.122 has drawn fellow qualifier Lloyd Harris in the opening round.

Arina Rodionova has qualified for a WTA 500 tournament in Russia.

The Australian sealed her place in the main draw with a 6-3 6-4 win against Russian Valeria Savinykh, her second straight-sets victory in as many days.

Rodionova will face former world No.2 Vera Zvonareva in the opening round.

Thanasi Kokkinakis’ bid to qualify at an ATP 500 tournament in Acapulco has ended with a three-set loss to world No.154 Tallon Griekspoor.

The Australian hit 13 aces in the second-round match, but was only able to convert two of the 11 break points he earned in the two-hour and 38-minute battle.

Luke Saville and John-Patrick Smith earned their place in the men’s doubles main draw as qualifiers, setting up a first-round clash with the Zverev brothers from Germany.