Coach Gemma Eaton: “Everyone is able to play”

With a commitment to inclusivity and creating a welcoming environment to all players, decorated coach Gemma Eaton is showing how tennis can provide a multitude of opportunities. 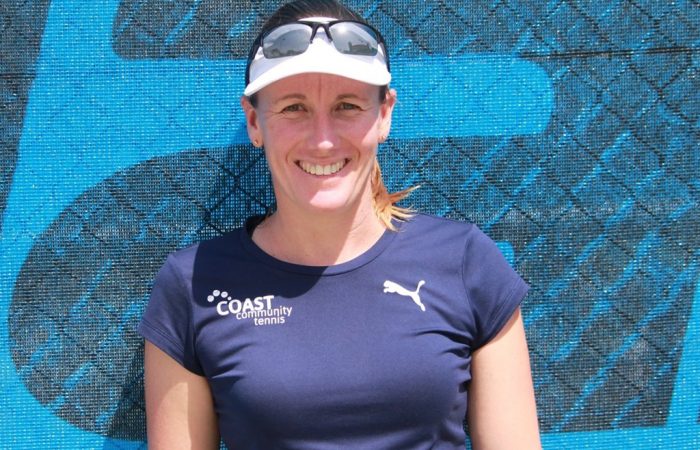 You’d think Gemma Eaton would be used to the spotlight, with all the awards she’s won. But the decorated tennis coach is remarkably humble when asked about her achievements.

“It does seem very strange talking about yourself,” admits the regional tennis coach, who is based at Murwillumbah Tennis Club, in the northern New South Wales coastal Tweed Shire.

“It’s not something that you set out to do,” Eaton says, referring to her two Coach of the Year awards from Tennis NSW in 2018 and 2019 and, more recently, the 2020 Sporting Achievement Award, bestowed by the Tweed Shire Council as part of this year’s Australia Day awards.

“You set out to do the job and do the job well, so the recognition is just a bonus.”

The Australia Day award recognises Eaton’s outstanding commitment to inclusivity in tennis, and her effort toward creating a club environment that is welcoming to all.

“I think it’s just an attitude and a mindset that everyone can participate,” she explains, revealing that it was a key reason she became a tennis coach.

“I love all my sports, but I really feel that everyone can participate in tennis.”

Coaching children with disabilities and adapting the game to their different strengths is one of the ways in which Eaton creates opportunities to participate.

“There are so many things that I can do as a coach to make it suitable for the person,” she says.

“We have our kids that play competition, but it doesn’t need to be anything spectacular, it just needs to be fun so that everyone is able to participate and enjoy it.”

“That’s what makes that community club, and people enjoy it, and play for life.”

For someone with such passion for the game it may come as a surprise to learn that Eaton didn’t naturally gravitate to the tennis court as a child.

First picking up a racquet at age 12, Eaton and her two siblings were sent to learn to play tennis by their parents “kicking and screaming.”

“None of us were interested in tennis whatsoever,” Eaton recalls. “Until mum and dad one day said ‘Right, the three of you are going to lessons so you can learn to play with the family and have a social game’.”

The three of them immediately fell in love with the sport, she says, and it was just a few years later, at age 15, that Eaton began coaching.

“It started out as a part-time job after school,” she explains. “The coaches I was training under needed help and it just kind of went from there. I loved it. I love teaching.”

Also close to Eaton’s heart is Tennis NSW’s Sheroes program, which works to encourage women’s participation and growth in the tennis world.

Now in its third year, Eaton has been an active member of the program, travelling to Sydney for workshops led by iconic British tennis coach and program ambassador, Judy Murray.

“Judy is just fabulous,” Eaton relates. “Not only is she an inspiration in the work that she has done with many women around the world and really advocating for women in tennis, but she is such a down-to-earth, approachable person. You could just chat to her about anything. It was really great working with her.”

“All the on-court activities that she did with us were very specific to working with younger age groups in the beginning, but then also introducing kids and girls into a fun competition as well,” Eaton adds. “I’ve been able to take that back home and I’ve used that a lot in my day-to-day coaching.”

There are some great Australian tennis players who are involved with Sheroes as well, including Nicole Pratt and Casey Dellacqua.

Eaton says the program has been able to provide crucial support to female coaches. “As a coach, and particularly a regional coach, often we’re out there on our own,” she explains. “We don’t get to see a lot of other coaches, and particularly other female coaches. There’s not a lot of us, so being able to participate in Sheroes is just phenomenal.”

While covering on-court activities and off-court engagement methods, the workshops brought together coaches from all over NSW, creating an instant social network.

“All of a sudden I had other female coaches that I could relate to and chat to and to share our stories and experiences,” Eaton says. “All of a sudden we had a network that has really made a difference to my life and my coaching, having that support network there.”

Eaton believes the education and support Sheroes offers “gives us the skills to be able to be those leaders and role models in our community.”

She knows the power of being a female role model well – her first coach was a woman.

“I was very fortunate,” Eaton says. “She was very young and vibrant and enthusiastic, which just made it so much fun.”