Astra Sharma secures a quarterfinal spot at the Abierto de Guadalajara in Mexico. 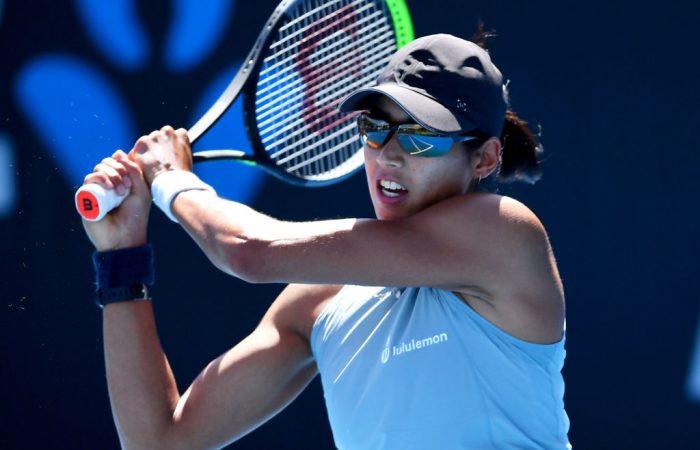 Astra Sharma will contest her first quarterfinal of the 2021 season at the Abierto de Guadalajara in Mexico.

The Australian defeated Leylah Fernandez 6-4 6-4 to set up a meeting with No.4 seed Sara Sorribes Tormo.

In a dominant performance,  the 137th-ranked Sharma asserted early authority over the higher-ranked Canadian, breaking the world No.87’s serve in the opening game.

Sharma saved three break points to consolidate against Fernandez, going on to secure the first set in 42 minutes.

The West Australian faced just one more break point – which she easily saved in the sixth game of the second set – as she recorded victory in one hour, 31 minutes.

Winning 82 per cent of points on her first serve, the efficient Sharma recorded just two double faults and registered a handy four aces.

A qualifier in Guadalajara, Sharma saved a match point in her first-round encounter with Great Britain’s Harriet Dart.

The Australian duo defeated Fernandez and Renata Zarazua of Mexico 4-6 6-1 [10-7] in their opening match.

Hard fought win 💪@astrasharma secures a spot in the @AbiertoZapopan quarterfinals after taking out the No.7 seed Fernandez, 6-4, 6-4. pic.twitter.com/Hqf7nXCG5L