Astra Sharma saves a match point against Harriet Dart to move into the second round of Guadalajara. 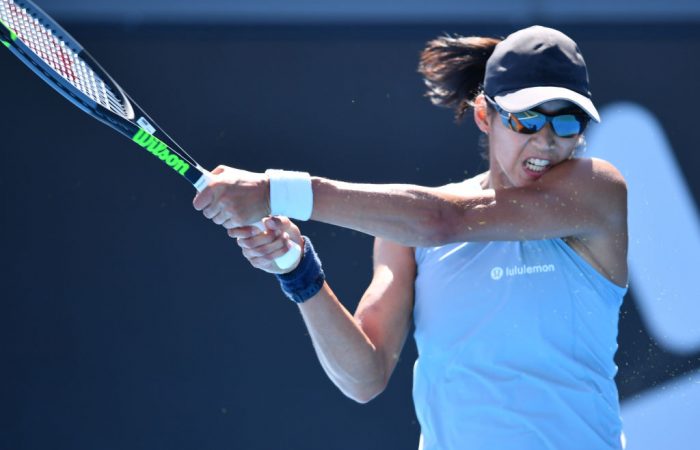 Astra Sharma is into the second round of the WTA 250 tournament in Guadalajara after a fighting win over Great Britain’s Harriet Dart.

After a win over Dart in the final round of qualifying – the Brit subsequently earning main draw entry as a lucky loser – Sharma was made to work hard in today’s two hour, 19-minute contest.

Sharma held serve just once in the 29-minute first set, finally asserting her authority as she broke Dart’s serve in the opening game of the second.

Despite dropping serve again in the fourth game of that set, Sharma claimed the last four games to send the match into a third-set decider.

Chasing her first main draw match win of the 2021 season, a determined Sharma saved a match point in the 10th game.

The Australian – ranked world No.137 to the No.153 Brit – finally secured victory on her second match point in the tiebreak.

Sharma faces Canada’s Layla Fernandez or Russian Anna Kalinskaya in the second round.

First the 25-year-old returns to the court for doubles, teaming with countrywoman Ellen Perez to take on Ferandez and Renata Zarazua.