Aussies in action: Millman joined by O’Connell in Doha

John Millman is joined by qualifier Christopher O'Connell in Doha, while Astra Sharma qualifies for a WTA event in Mexico. 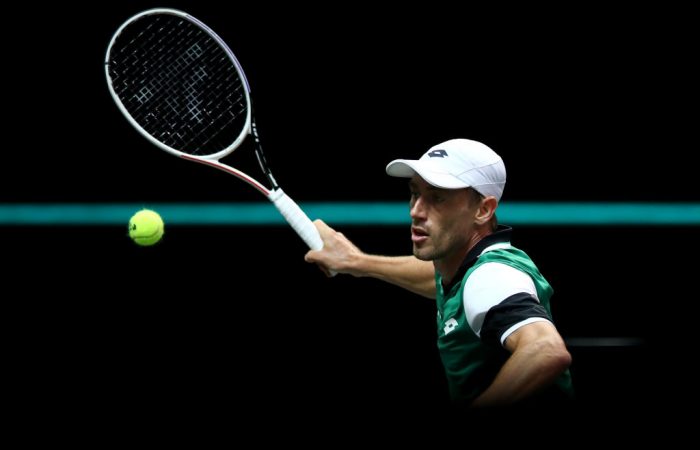 Chris O’Connell will join John Millman in the main draw of the Qatar ExxonMobil Open in Doha after progressing through the final round of qualifying.

The world No.122 from Sydney defeated Italy’s Thomas Fabbiano 6-3 7-6(7) to earn entry into the ATP 250 tournament. O’Connell meets Vasek Pospisil in the tournament’s first round.

Millman will be the first Australian in main draw action, the world No.41 taking on Nikoloz Basilashvili in the opening round tonight.

Millman will be aiming to edge ahead in the pair’s 1-1 head-to-head match record, the Queenslander claiming his most recent match against the Georgian at the 2020 US Open.

The 31-year-old will be aiming to improve on a slow start to the 2021 season, Millman the winner of just one match in the five he’s contested so far this year.

The Queenslander will also take to the Doha courts in doubles, teaming with Spaniard David Vega Hernandez.

Astra Sharma earned entry into the main draw of the Guadalajara tournament in Mexico, after a 6-3 6-2 win over Great Britain’s Harriet Dart in the final round of qualifying.

In a fascinating twist, the Australian meets Dart again in the round of the WTA 250 event after the Brit gained main draw entry as a lucky loser.

The world No.115 Sharma, contested her fourth tournament, is aiming to record her first main draw win of the 2021 season.

Sharma is also teamed with Ellen Perez in doubles, the all-Australian team seeded No.3 in Guadalajara.

Matt Ebden is determined to continue on a winning path in Marseille, after progressing through the first round of qualifying.

The Australian defeated Portugal’s Frederico Ferreira Silva 6-7(5) 6-4 7-6(5) to set up a meeting with Frenchman Mathias Bourgue.

After starting the year at world No.317, Ebden returned to the top-300 with a quarterfinal appearance in Singapore.

Ebden will also compete in the main draw of the Marseille doubles event, teamed with countryman Matt Reid.