Australia's Alexei Popyrin is through to the second round at an ATP 250 tournament in Singapore. 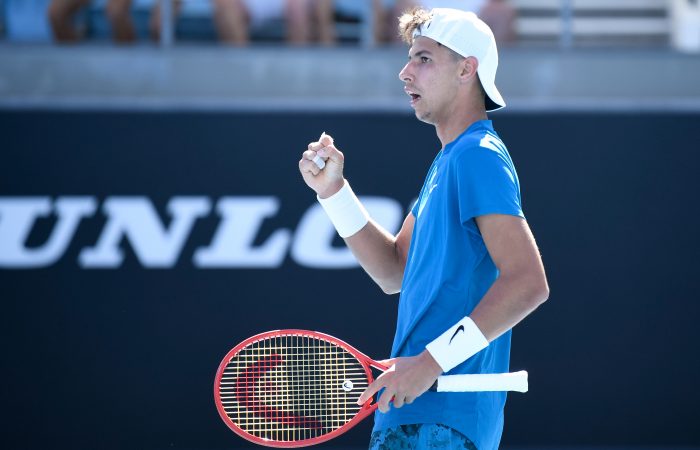 Alexei Popyrin has powered into the second round at an ATP 250 tournament in Singapore.

It was a steely effort from world No.114 Popyrin, who saved 10 of the 11 break points he faced in the one-hour and 46-minute battle.

It continues a strong start to the season for the Australian, who made the third round at the Murray River Open earlier this month and defeated No.13 seed David Goffin in a career-best win at the Australian Open.

This victory against Eubanks marks the first tour-level main draw match Popyrin has won outside of Australia since October 2019.

Bulgarian wildcard Adrian Andreev awaits in the second round, with the 19-year-old upsetting seventh seed Lloyd Harris to advance.