Australia's Kimberly Birrell is into the third round at this week's Phillip Island Trophy at Melbourne Park. 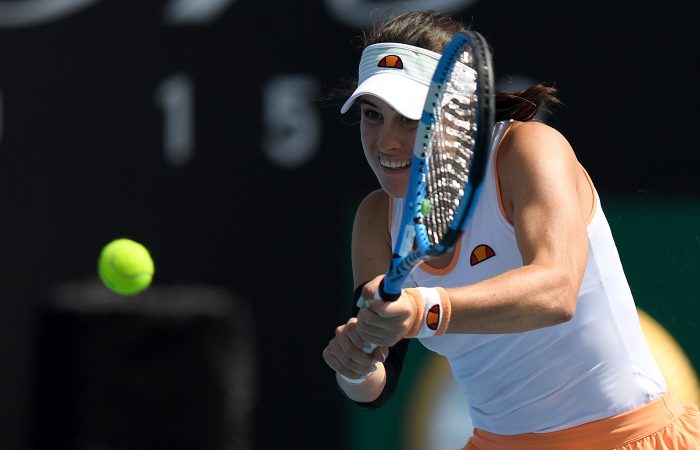 Kimberly Birrell has continued her impressive run at the Phillip Island Trophy at Melbourne Park.

The Aussie wildcard recorded a 6-3 3-6 6-4 victory against Indian qualifier Ankita Raina today to advance to the third round of the WTA 250 tournament.

Birrell, who is returning from a 20-month lay-off with an elbow injury, hit 26 winners in the two-hour and 25-minute battle.

It was a gritty performance from Birrell, who had to call the trainer on court several times late in the match. She kept fighting hard though, eventually overpowering her No.181-ranked opponent.

It is only the second time in the 22-year-old’s career that she has won back-to-back tour-level matches.

Birrell, who is currently ranked No.739, now plays fourth-seeded world No.19 Petra Martic of Croatia for a place in the quarterfinals. The Aussie has a 1-3 career win-loss record against top 20 opponents.

Australian Gabriella Da Silva Fick also won her second-round match today, saving two match points to defeat world No.92 Belarusian Aliaksandra Sasnovich in three sets. The 20-year-old made the most of a lucky loser spot in the draw, replacing No.3 seed Johanna Konta who had an opening-round bye.

It is the first WTA main draw win of world No.566 Da Silva Fick’s career and also her first top-100 victory.

Birrell and Da Silva Fick join fellow Aussie Olivia Gadecki in the third round of the Melbourne Summer Series event, which is being run concurrently with the Australian Open at Melbourne Park this week.